Eight-time Olympic champion Usain Bolt has never been shy about his love for football. Through his sponsorship deal with sportswear company Puma he trained with German soccer team Borussia Dortmund, perhaps the first step in achieving one of his ultimate dreams - playing for his team, Manchester United.

While Bolt didn't end up signing a contract with the German outfit, this experience marked yet another personal milestone for the star: the next may be addressing his concerns with hair loss. 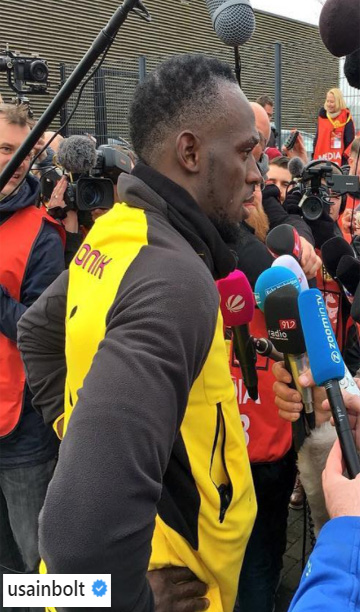 
The ex-sprinter officially retired from athletics in 2017, but judging by his forays into football he shows no signs of slowing down. Bolt will play at Old Trafford on 10th June 2018, joining the Unicef charity football fundraiser Soccer Aid as captain of the World XI Team. This annual fixture sees celebrities and professional footballers past and present play in a World vs England match. Usain Bolt's team includes Gordon Ramsay, Clarence Seedorf and Robert Pires. They will face an England squad captained by Robbie Williams.

"It is my dream to make it as a professional footballer, so to be able to step out onto the pitch at Old Trafford in June and play against some of football’s biggest legends is going to be remarkable," the skipper told The Sun newspaper. "I enjoy the thrill of competition in front of a crowd, so Robbie and his England team better watch out as I won’t be going easy on them!"

The Jamaican continues to carry himself with the trademark confidence which he previously displayed on the track. However, in a rare moment of vulnerability, he was asked what he didn't like about himself in an interview with The Guardian in 2016: "Honestly? My hair. My hairline... I don't know where it's going".

He continued, “That’s why I always wear my hair high, mohawk, so it doesn’t show it that much. Every Olympics, I always cut my hair, but then I grow it again. I might try growing a beard, too, to see if that helps".

Given the Man U fan had these concerns two years ago, two outcomes are possible: his hairline may have continued to deteriorate, or he may have taken action to prevent further shedding.

Not everyone can set multiple Olympic records, but many men can attest to worrying about a receding hairline, whether they have a hairloss condition or not.


Usain Bolt has a high forehead - like former Chelsea FC captain, Dennis Wise - which can contribute to an illusion of hair loss or make any receding look worse, simply due to its positioning on the head. After comparing old and current photos of the retired athlete, the edges of his hairline do look to be thinning slightly.

Based on his 2016 comment, it does seem that these thinning edges have been gradually creeping in and he is unhappy about it. If he has not done so already, now would be a good time to seek advice about regrowing hair and preventing baldness. 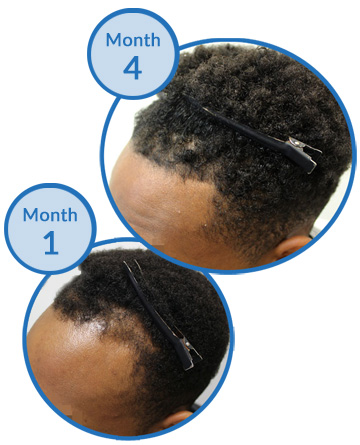 
A receding hairline is usually caused by Male Pattern Hair Loss, a genetic condition which can start any time following puberty and is experienced by around half of all men before they reach their fifties. It only affects hair follicles along the top of the scalp, leaving the back and sides alone.

While hereditary balding is permanent and progressive, clinically-proven hair loss treatments are available. At Belgravia, specialists have seen promising outcomes for many patients taking this pharmaceutical approach which involves the use of topical and oral medications, both licensed by the UK's MHRA and the US's FDA. Additional non-medicinal hair growth booster products can be incorporated into personalised treatment courses as appropriate.

As Bolt demonstrates, it can be tricky to understand hair loss, and self-diagnosis may end in frustration. However, an online or in-clinic consultation with a specialist can help to work through any queries and give a professional diagnosis; where suitable, tailored treatments recommendations can also be suggested.

Given the stresses that are associated with hair loss, many Belgravia clients welcome the guidance they receive during the treatment experience. Jason, pictured, states, "When I first came I was understandably anxious but the staff are really attentive and personable. The results have been tremendous and I have improved my esteem as a consequence".