The market for apps in the health sector was named by digitaltrends.com as the fastest-growing last year, with mobile phones and tablets now offering to help with everything from Mindfulness to nutrition. Ironically, these same devices have also been blamed for the world’s insomnia epidemic, which may, in turn, make them the nemesis of anyone with hair loss.

As has been noted many times before, the stress associated with lack of sleep can lead to multiple problems including diabetes, heart disease and hair loss. Worryingly, the London Sleep Centre says that around 30 to 40 per cent of adults suffer with insomnia every year. 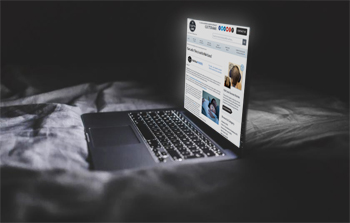 Is blue light to blame?

A big part of the global insomnia problem, say experts, is our increasing use of illuminated screens at night time. The short wavelength blue light in these screens tricks the brain into thinking it is still daytime, and suppresses the creation of the hormone melatonin, which tells the body it is time to catch some shut-eye.

The net effect this has on the body can be disastrous: as well as irritability and general feelings of exhaustion, more serious medical problems can arise, with scientists in Korea recently saying that regularly getting less than six hours a day can shorten your lifespan.

While hair loss is not life-threatening, it can nonetheless be life-changing, and sleep deprivation has been linked to such conditions as Telogen Effluvium (as brought on by related stress or illnesses such as diabetes), Diffuse Thinning and it is even thought it may instigate or accelerate Male Pattern Baldness and Female Pattern Hair Loss in those with an existing genetic disposition.

To combat sleeplessness caused by blue light, gadget and app makers are increasingly looking at ways to literally filter out the problem.

Amazon, for example, has recently started to offer a feature called Blue Shade on its Kindle Fire tablets. When activated, it filters out the problematic blue light and this makes the device more bedtime-friendly. 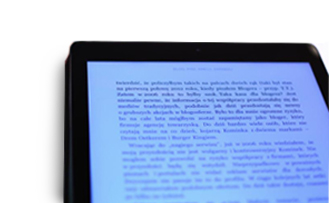 A number of Apps, highlighted last week on makeuseof.com, do much the same thing. “Most of the blue light filtering apps work in a similar way,” they explain. “They do nothing during daylight hours, but after sunset place a red overlay on the screen that changes its colour temperature.”

The article’s writer admits it takes some getting used to, but taking steps to minimise exposure to blue light could be well worth the effort if it can lead to a better night’s sleep and thus, in turn, reduce the chances of hair loss.

For the record, the App the team at makeuseof.com likes best is called Twilight. It cleverly swaps the blue light for reddish hues very gradually, so that you don’t even notice it happening.

If you are experiencing difficulty sleeping combined with excessive shedding, it may be worth consulting both your GP and a hair loss specialist. These two sets of experts can work in tandem to address both the underlying cause of your sleeplessness and the thinning itself, which can often be successfully treated with a personalised hair loss treatment course.

The Importance of Sleep for Healthy Hair

The Importance of Sleep for Healthy Hair

Hair Loss - Is There An App For That?

Hair Loss - Is There An App For That?