Naomi Campbell is a woman with a number of notable 'firsts' to her name. She shot to fame at 15 as one of the original supermodels as well as being the first black model to cover French Vogue and American Vogue's prestigious September issue. Something she has been somewhat late to the party on, however, is talking about her hair loss.

Despite many unflattering paparazzi photos showing the supermodel's balding over the years, she has never before spoken openly to the media about the issue. Whilst other top models, including Jourdan Dunn and Leomie Anderson, have spoken out about their experiences as women of colour in a fashion industry unused to dealing with afro hair, Naomi has remained quiet. 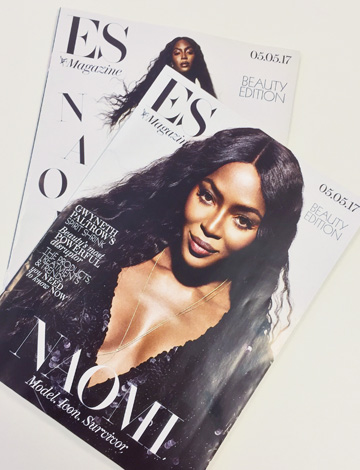 Opened up about losing her hair


Recently the iconic model and actor broke her silence on the subject, briefly opening up to ES Magazine about how the 'years of extensions took their toll and left her with bald patches'.

This type of hair loss is caused by a condition called Traction Alopecia. It happens when the hair follicles are placed under constant, excessive amounts of strain which is usually due to tight hairstyles from braids to high ponytails, and/or weaves or hair extensions.

It is particularly common among models and celebrities who frequently adopt these hairstyles, and has been nicknamed 'ballerina baldness' due to its prevalance among the dancers. As tradition dictates they are required to scrape their hair back into taut buns, the resulting pressure placed on their follicles can result in traction alopecia which displays as hair loss at the temples and a receding hairline.

Despite traditionally 'black' hairstyles such as box braids, cornrows and bantu knots becoming increasingly popular with women of all hair types, those with afro hair - like Naomi Campbell who is of British-Jamaican heritage - remain particularly susceptible. This is due to the naturally more brittle nature of afro hair making it easier for women of colour to experience hair breakage and hair loss as a result of harsh styling practices.


"I do take more care of my hair now, because I lost all of it with extensions," Naomi Campbell told the magazine, adding that her hair did grow back, "Thank God".

"I am more careful and I do different things," notes Naomi, though she also admits - in perhaps something of an overstatement, unless she is referring specifically to the people in her industry - "Everybody in the world wears wigs. It doesn’t matter any more. I do what I want, or whatever the job calls for." 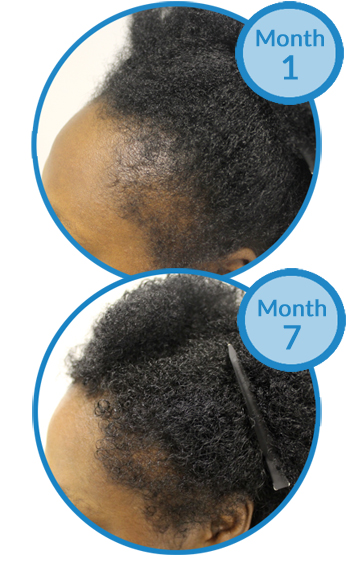 
Naomi's view is actually at odds with consumer trends which show, in the US at least, that black women are increasingly ditching weaves, hair extensions and chemical hair straightening in favour of wearing their natural hair. This is thought to be largely motivated by a desire to prevent hair loss as awareness of traction alopecia and its causes have become more widely promoted in recent years. John Hopkins University even went as far as to publish a guide to risky hairstyles after research discovered that nearly half of all African American women who took part in a black hair study experienced hair loss in one form or another. The study also found that many of these women did not know that help is available.

Traction alopecia can range vastly in its severity from minimal hair loss to permanent bald patches depending on how baldy the follicles have been affected. The first step to recovery, in cases where the follicles have not be completely destroyed, is to wear the hair as naturally as possible. This means avoiding any tight styles, weaves, wigs or chemicals such as straightening solutions or bleach. Also avoiding heat styling as much as possible is wise in order to allow the follicles to truly rest and de-stress.

The second step for women wanting to proactively help regrow their hair is to follow a traction alopecia treatment course. At Belgravia, hair loss specialists tailor plans to the specific needs of each individual client to ensure a bespoke approach based on the level and pattern of hairloss. These courses tend to be based around topical applications of a recommended formulation of high strength minoxidil, available from our in-clinic pharmacies. Further hair growth boosters, from home-use laser treatments to food supplements, are often included also to help maximise the hair's potential.

For those wanting to avoid hair loss from styling issues, the best advice is to ensure you regularly wear your hair loosely in order to allow the follicles to rest. Tight styles should be approached with caution and only worn on occasion - not on a regular basis in order to preserve hair health. Also, any hairstyle that is tight enough to cause a headache is bad news and should be redone or dropped completely.