Nadine Dorries Talks About Her Vitamin Injections for Hair Loss

Backbench Tory MP, Nadine Dorries has spoken frankly about her hair loss before but now, in an interview with the Daily Mail, she has opened up about her unusual treatment.

Although it is not quite back to normal, Dorries says she is happier than ever with the 'improved condition' of her hair, crediting the turnaround to a number of unconventional treatments. 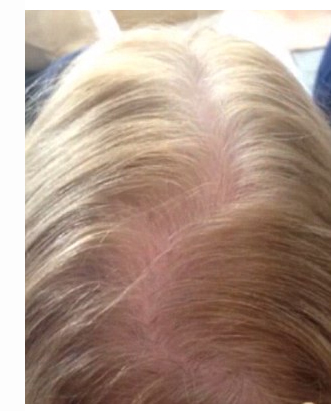 It is not known whether she received a professional diagnosis of her condition initially when she first noticed her shedding in January 2013, but the MP believed her significantly thinning hair was caused by the genetic condition, female pattern hair loss.

She started following a high protein, red meat-rich diet in order to elevate her ferritin levels after reading that a deficiency may cause hair loss.

Eschewing traditional, clinically-proven female hair loss treatment, Dorries instead chose to wear a hot water bottle on her head and switch to organic hair dyes. Whilst the dye change was an understandable move to minimise her exposure to potentially harsh chemicals which can dry the hair and lead to breakage and further thinning, the introduction of a hot water bottle was perhaps less so. 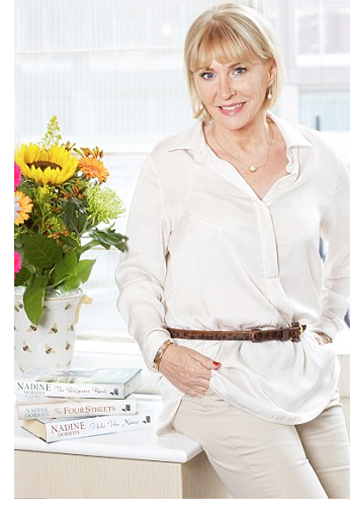 The hot water bottle turned out to be linked to a new hair loss treatment known as nanopeptide mesotherapy. It involves having a solution of vitamins, minerals and peptides injected directly into the scalp regularly.

Dorries spent £2,400 on a course of this Harley Street treatment, which involved wearing the hot water bottle on her head for 15 minutes the evening before each session in order to stimulate blood flow to the scalp, and was recommended to her by a journalist.

The Mail notes that her specialist reportedly told her: "most vitamin supplements taken orally don’t work for hair as they aren’t easily absorbed by the body, and don’t reach the hair that is under stress, so his technique gets nutrients into the hair follicles very easily." Adding that her hair stopped falling out after a month of starting treatment, with regrowth gradually starting to appear during the 12 month course, recalling: "When I ran my hand through my hair, it felt stubbly, which was very encouraging."

The 58 year old believed the treatment - which she is maintaining - started her regrowth journey. "I’m thrilled that my hair feels pretty much back to how it was before it started falling out," she tells the Mail. "I’ll never have long, thick hair it will always be fine but I’m very happy with its improved condition. It is a very common problem, but I would never have realised how devastating it was until it happened to me."

Without further details of the precise ingredients of the solution used for the injections, as well as a precise diagnosis of Ms Dorries' hair loss condition it is hard to say why this type of treatment may trigger regrowth. 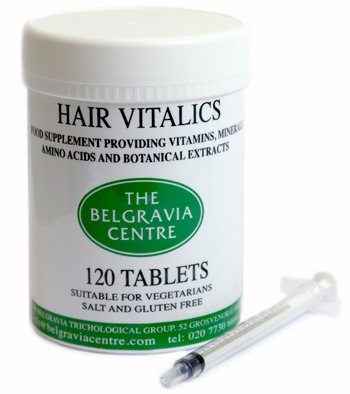 A poor or unbalanced diet leading to nutritional deficiencies can trigger a temporary form of shedding called Telogen Effluvium (or, in more severe cases, Chronic Telogen Effluvium). This leads to diffuse thinning all over the scalp but once the underlying cause has been dealt with, regrowth should occur naturally within 12 or so months. These conditions can also be sparked by high levels of on-going stress - something Dorries admits to experiencing just before her hair loss started.

These conditions are more likely to have led to the extreme shedding she describes having initially, however, they can present alongside - and even start off - Female Pattern Hair Loss in those with an existing genetic predisposition. Should this be the case - that she had two simultaneous hair loss conditions - it would stand to reason that her shedding would not be so extreme once one cleared up, particularly as the thinning associated with female hair loss only affects the top of the head and tends to be a slower process than the other two conditions. Whilst this hypothesis seems to also be consistent with the time frame she mentions, obviously this is something only a personal consultation with Ms. Dorries could confirm so this is purely speculation.

Female hair loss is generally treated with the topical solution, minoxidil to great success - examples of which can be seen in our Female Pattern Hair Loss Treatment Success Stories. As such, we would be interested to hear whether the injections Nadine Dorries uses include this component, or whether she uses it as an additional part of her regime to fight hair loss.

Question: Could my hair loss be due to my ferritin level?

Question: Could my hair loss be due to my ferritin level?