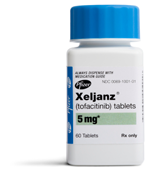 The drug's potential hair loss applications were initially discovered in 2014 when a bald patient being treated at America's Yale University School of Medicine for plaque psoriasis, but who also happened to have the autoimmune condition Alopecia Universalis, experienced full regrowth during treatment.

He was given 10mg tofacitinib (brand name: Xeljanz), daily for the first two months, with the dose rising to 15mg from month three to month five, by which time the man's hair - which had not grown in seven years since he developed his alopecia - had fully grown back.

The 25 year old's incredible results, pictured here, were reported around the world and gave great hope to people affected by the more extreme versions of Alopecia Areata, namely Alopecia Totalis and Alopecia Universalis which cause total hair loss of the head and body respectively. 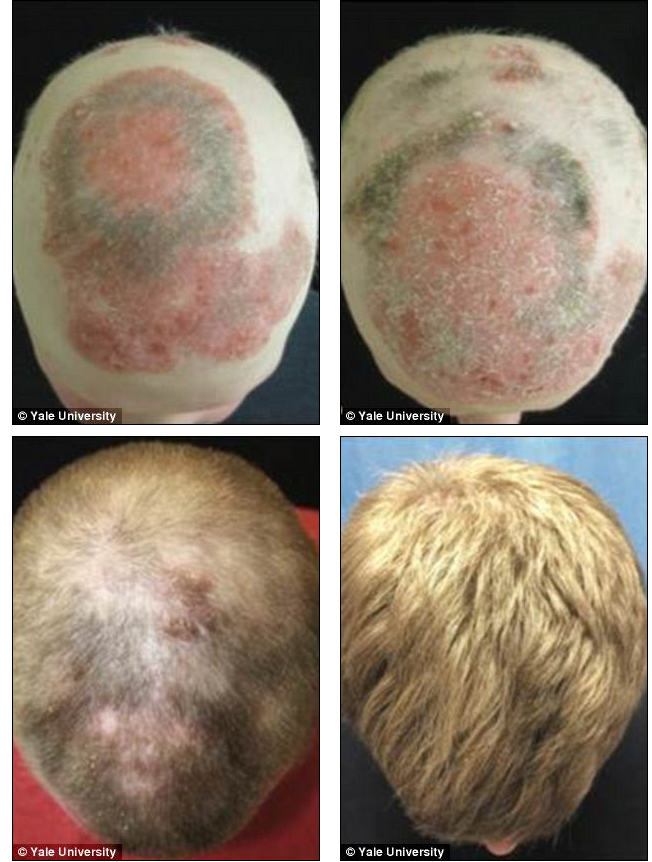 Presently there are no truly worthwhile remedies for these autoimmune conditions as existing options have a success rate of 10 per cent or less, there are only effective treatments for Alopecia Areata in its mild to moderate stages, so this was encouraging news. However, serious concerns were raised as to the safety and side effects of tofacitinib.

Noted side effects of the JAK-inhibitor drug when taken in its FDA-approved capacity as a rheumatoid arthritis medication, range from headaches and diarrhoea to more serious complications. These include increasing the risk of certain cancers, causing tears in the stomach or intestines and 'serious infections' which the patient information leaflet states include, 'tuberculosis (TB), and infections caused by bacteria, fungi, or viruses that can spread throughout the body. Some people have died from these infections.’

As the original trial results for the immunosuppressant's use in this regard came about by accident, and in a particularly short and small-scale study of just one person, it was clear that further trials were needed to determine the widespread efficacy and long-term safety profile of the drug as a treatment for alopecia totalis and universalis.

The Yale team which made the initial discovery is currently undertaking a further clinical trial into tofacitinib as a treatment for all forms of alopecia areata. Additionally, a separate trial has taken place in Europe which was due to complete in July 2015 but its findings have not yet been announced.

Speaking at the MauiDerm 2015 dermatology conference, Dr. Neal Bhatia spoke about tofacitinib developments as part of a presentation entitled, "New Drugs and New Concepts". The Dermatology Times report him as stating, "There’s a lot of interest in where this could lead".

“The 5 mg dose is very safe, and while a 10 mg dose is very effective, it brings with it the possibility of more elevation of liver enzymes and effect on blood countsmonitoring is definitely necessary. For the longer duration treatmentsalopecia totalis and universalisyou need the smaller dosage.”

Considering its potential, the doctor continued, "This is a breakthrough for people who had no other option, for whom nothing worked before. This is one of those molecules that have a step-downmaybe one day we’ll be talking about going from orals to topical."

Whilst this is undoubtedly an exciting step forward in the treatment for what can be a particularly distressing type of hair loss and affects men, women and children, it is important researchers take the time to get it right. Although it can take between 8 to 12 years to bring a new hair loss treatment to market, as this is an existing medication potentially being used to treat a different condition than was originally intended, it may be possible to reduce the development timeline. We will bring you updates on the latest developments in tofacitinib trials as soon as details are announced, on the Belgravia blog.