Models with Alopecia Areata Make Strides in the Fashion Industry

Over the years many studies have shown that men and women worry about how their looks affect how they're seen at work and whether or they impact their career progression. For fashion models, however, image really is everything.

As the industry moves slowly towards becoming more inclusive and diverse, models with Alopecia Areata - an autoimmune disorder which causes varying degrees of hair loss - are stepping up. From fronting brand advertising and awareness campaigns to walking at New York Fashion Week, we look at some of the women seizing this moment.


Liverpool-based Claire Namukolo, who has experienced numerous hair loss conditions from thinning hair after giving birth - Postpartum Alopecia - to receding caused by tight hairstyles - Traction Alopecia, is the founder of hairloss charity, Hair Heals. It provides emotional and practical support to men, women and children who are losing their hair for any reason. She also organises Liverpool's Urban Hair Show and came up with the idea of the #AlopeciaIsFashion campaign to promote alopecia awareness and push the message that 'Alopecia is Fashion' following her experiences in the industry.

Models Eve Betts from Wales and Nichola McAvoy from Manchester, who have both been bald since childhood and have no facial hair due to the more severe Alopecia Areata phenotypes, Alopecia Totalis and Alopecia Universalis, have joined forces with Namukolo. Their aim is to normalise hair loss within the fashion industry, which plays such a huge part in rolling messages out into wider society when it comes to how we look. 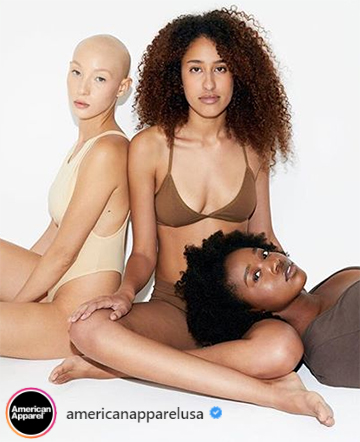 The campaign coincides with Alopecia Month - the annual event which, each September, helps to raise awareness specifically of autoimmune alopecia, following August which is considered general Hair Loss Month. As the term Alopecia technically just means 'hair loss' it is often confused with other conditions, when, in practice, it is used to refer specifically to autoimmune-related Alopecia Areata conditions and not, for example, hereditary issues such as Female Pattern Hair Loss (Androgenic Alopecia).


One of the most famous female models with Alopecia Areata is Jeana Turner, a former America's Next Top Model contestant who was encouraged to embrace her unique bald look by host Tyra Banks, in order to help her stand out. Her baldness was seen as an advantage, given it meant she could work her natural smooth look or wear wigs, depending on the job, which made her more versatile. Turner's height - 5ft 6in, which is considered short for a model, especially when it comes to catwalk shows - was seen as a more limiting factor than her hair loss.

Despite not having an agent, the 25 year old has gone on to appear in numerous magazine features, music videos, and advertising campaigns - including the latest from American Apparel. She is now preparing to walk in various shows at New York Fashion Week for the second season in a row.

This increasing representation of people with hair loss - specifically bald women - in the media and fashion industry is exciting to see and can only be a positive thing, helping those affected to cope, as well as educating the public. To find out more about Alopecia Areata visit Belgravia's dedicated section of blog articles, including various Alopecia Areata Treatment Success Stories featuring clients with the scalp-only phenotype.