Men have labelled the President of Hair Club a liar following the release of results from a survey commissioned by the hair loss company that implies men are more worried about their hair than sport and sexy women. 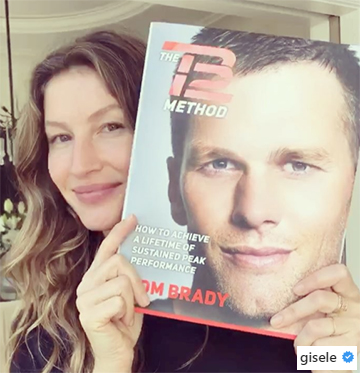 According to a survey that attempted to gauge how important hair loss is, 65% of men said they'd prefer to be guaranteed they'd never have to worry about baldness than to cuddle up to star quarterback, Tom Brady's wife, Gisele Bundchen every night.

Writers and commentators of an American sports blog have asked what man wouldn't mind having a shiny cue-ball top if it meant he could marry the Brazilian supermodel.

"Who needs hair when a supermodel is willing to bang you?" Barstool Sports writers ask. "That's like asking would you be bald if you could be a professional athlete."

Avid sports fans turn your heads, because this next revelation may surprise some. The American hairloss company's survey found that apparently more than 80% of men would not go bald, even for just a year, to guarantee their preferred team would win the Super Bowl.

Hair Club CEO Steven Barth said he was "shocked and surprised" by the 2010 poll results but that he understands them.

"Men are very motivated to look their best even if it means the loss of a beautiful woman."

Opinions remain divided about the poll results, but of course men have a choice when it comes to their hair and it's as simple as asking yourself do want to keep it, or are you not too phased? There are hair loss treatments available that have been proven and licensed for the specific purpose of stabilising and preventing hair loss, but it's a personal choice.