Belgravia's specialists are often asked whether or not styling products can cause hair loss. The answer is usually no as the vast majority of men concerned by this are simply displaying signs of male pattern baldness, which is a genetic condition. 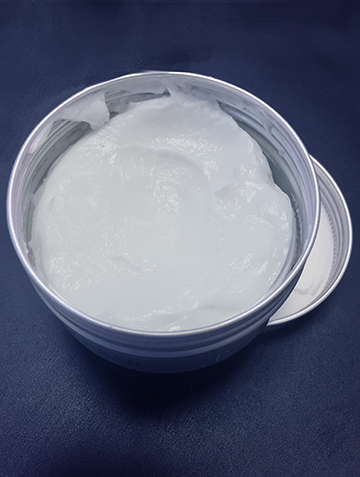 However, in some cases, especially if someone has an allergic reaction to an ingredient, then hair thinning or sudden hair fall is indeed possible.

This appears to be the case with a young man called Lee Harvey whose story was reported in The Sun. The 24 year old says that he started experiencing unpleasant side effects around five days after using VO5 styling wax. "It was okay for a couple of days but then I noticed dry skin on my scalp," the construction worker told the newspaper. "...around five days later my hair started to fall out and I noticed a few lumps on my head."

Harvey felt forced to shave his head and developed sores all down the middle of his scalp - the same area where he says he used the product to 'spike up' his hair. The Sun also reports that he is moisturising his scalp three times per day with a prescription lotion in order to ease the stinging and 'treat any infection'. You can see the images of Mr. Harvey's scalp on The Sun's website.

Unilever, the owner of the VO5 hair product brand, is reportedly investigating the incident. The company released a statement noting: 'As a company the safety and quality of our products is our top priority and we have been in touch with Lee to arrange for the return of the product so that we can continue our investigation and test the product in question.'

Having read his story but without examining him, Dr. Elena Koleva, Belgravia's consultant dermatologist, speculates that "the hair product could have initially triggered a severe allergic reaction which was likely further complicated by pityriasis amiantacea. This would explain the excessive scaling and hair falling out in clumps. If this is the case, Mr. Harvey would need treatment with shampoos containing anti-scaling products such as coal tar, sulphur and salicylic acid and it may take months to treat."

Pityriasis amiantacea refers to the pattern in which one of a number of scalp conditions can occur. These include scalp psoriasis, seborrhoeic dermatitis, atopic dermatitis and tinea capitis.

The most common sign of pityriasis amiantacea is thick scales that bind tufts of hair under them. These may become infected due to impetiginisation. When this happens the skin becomes sticky, crusty and the sores are likely to weep. Hair loss can follow but is usually temporary, lasting no longer than 12 months although treatment may help to accelerate this.

Treatment of pityriasis amiantacea depends on what caused the condition, however, as long as the underlying cause is dealt with - in this case, not using the problematic hair wax - there are a number of options. In addition to the anti-scaling treatments and shampoos recommended by Dr. Elena, olive oil can also help to loosen the sores. In cases of bacterial infection, a course of oral antibiotics may be necessary, too.

In cases like this, a hair loss treatment course can be customised to include clinical therapy which will help to deal with both the hair fall and the scalp condition simultaneously. Having a healthy scalp is important for healthy hair growth so anyone concerned by scalp issues and either sudden hair loss or gradually thinning hair, would be wise to consult with a specialist. Once a professional diagnosis and personalised recommendations for how to proceed have been obtained, a plan of action can be devised to help get the hair and scalp back on track.

Will Scalp Conditions Make Me Lose My Hair Forever?'

Will Scalp Conditions Make Me Lose My Hair Forever?'