Barbie creators Mattel have launched a new range of Ken dolls as part of their 'The Doll Evolves' campaign to promote diversity. Widely shared on social media, the laudable Fashionista collection features dolls in a variety of skin tones, body types, eye colours and hair types.

Whilst championing inclusivity is to be commended, one thing they may want to reconsider is promoting hairstyles that are known to lead to hair loss. 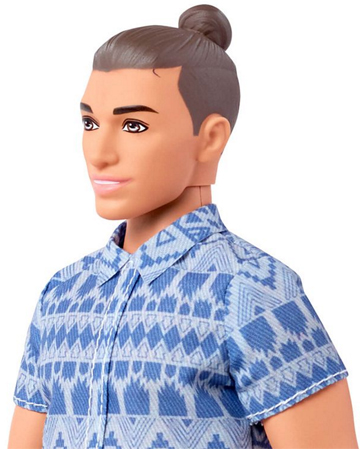 'Next Gen Ken' has a range of new looks but dolls 10 - 'Classic Cool - Original' and 13 - 'Distressed Denim - Broad' - caught our eye due to their tight hairstyles.

Ken® Fashionistas® Doll 10 Classic Cool is a black doll with afro hair worn in cornrows. Ken® Fashionistas® Doll 13 Distressed Denim is a tanned Caucasian with brown hair tied back in a man bun. Both cornrows and man buns are known to cause a fully-preventable hair loss condition if worn frequently. The name of this condition is Traction Alopecia.

Traction alopecia occurs when tight and/or weighted hairstyles are worn frequently and place excessive strain on the follicles. This can lead to the hair follicles becoming stretched and damaged, causing hairloss as a result. Due to the front of the scalp bearing the brunt of these tensions, one of the key signs of Traction Alopecia is a receding hairline. It can also cause hair breakage - where the hair snaps along the shaft rather than falling from the root - which can leave the hair looking thin and frizzy around the site where the style is affixed to the scalp.

Whilst the issue of traction alopecia is becoming more widely acknowledged due to an increased media interest, there are still many people who are unaware of this condition. There are two particularly salient points that everyone who likes to switch up their hairstyles should be aware of. Firstly, if traction alopecia is not addressed in a timely manner the hair loss can be permanent. Traction alopecia treatment combined with ditching the offending hairstyle, can help to reverse the hair loss and regrow hair if caught in time. Secondly, this condition can cause hair loss in children as well as adults and there are currently no treatment options for under 16's.

The man bun has come under intense criticism since celebrities like Leonardo di Caprio and Jared Leto helped to popularise the style over the past few years. Many people tend to wear their buns fastened on top of their head, which can cause a thinning crown as well as a receding hairline due to the strain the style places around the temples. Speculation regarding a potential hair transplant to deal with a thinning crown recently surrounded footballer Gareth Bale who often sports a man-bun. 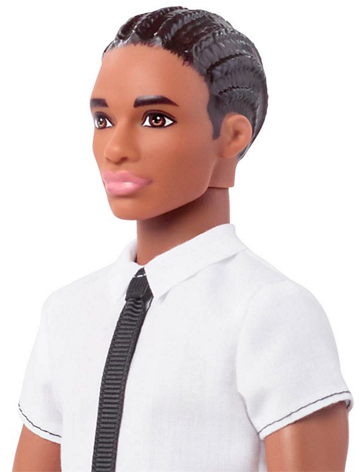 As cornrows are tightly braided all over the scalp, the effect is less localised, often resulting in a hairline that recedes all the way around.

Given a receding hairline and a thinning crown are renowned signs of androgenetic alopecia, men can easily misdiagnose their condition as male pattern hair loss and continue to wear their hair in these damaging ways.

There is undoubtedly societal value in showing children that they are represented, particularly young people of colour who are traditionally under-served in this area and for whom hair can play a large part in their cultural identity. However, whilst having a doll that looks like them is important, the choice of hairstyle may be irresponsible.

People with Afro hair tend to be disproportionately affected by traction alopecia due to a larger propensity towards tightly braided hairstyles and weaves. Additionally Afro hair is naturally more brittle in texture than Asian and Caucasian hair - though both these hair types are also subject to the same dangers. Due to traction alopecia being so closely associated with hair styling practices and accessories such as hair extensions, the condition is far more common in women, though men who follow wear these types of styles are not immune. At a time when many black women are reportedly starting to favour natural hair in order to avoid hair loss, it is important that men learn this same lesson.

Educating people about the dangers of certain hairstyles and the risks they may be running was addressed by respected American institution, the John Hopkins University School of Medicine following its 2016 study. After reviewing 19 separate studies, researchers concluded there was a “strong association” between certain hairstyles and Traction Alopecia. The studies focused on women's experiences and discovered that one-third of African American women were affected by the condition. As a result, the University issued guidelines for safe hairstyles to help people to prevent hair loss, and called for more education surrounding the issue.

“Hair is a cornerstone of self-esteem and identity for many people,” says Crystal Aguh, M.D., the university's assistant professor of dermatology, “but ironically, some hairstyles meant to improve our self-confidence actually lead to hair and scalp damage.” Ms Aguh goes on to say that: “We have to do better as care providers to offer our patients proper guidance to keep them healthy from head to toe.”