Recent hair loss research at the University of Bonn discovered headline-grabbing links between a man's height, race and his propensity towards developing premature baldness.

Some of the most interesting findings from this study, hailed as the largest of its kind to date, relates to the correlations between male pattern baldness and health issues, however. 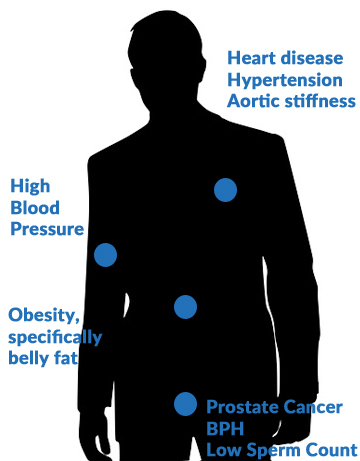 
In 2016 two key investigations into the links between genetic hair loss and men's health uncovered information that caused some doctors to call for male pattern baldness to be re-classified from a 'cosmetic problem' to a potential indicator of certain illnesses.

The first took place in India and found a shared pathogenesis between advanced male hair loss and benign prostate hyperplasia (BPH) - an enlarged prostate - which can also cause various bladder problems.

The second took place in Greece and backed the Indian study's findings as well as finding that men with significant levels of pattern hair loss also suffered more with hypertension, aortic stiffness and impaired coronary microcirculation.

The latest research, carried out in Germany, was published in the Nature Communications journal in early March 2017. These findings appear to further confirm the results from both earlier studies, as well as those from previous investigations between 2000 and 2007 which linked male hair loss to high blood pressure, heart disease and cancer.

Whilst some illnesses or health issues, especially if they are present but have not yet been diagnosed, can lead to temporarily thinning hair all over the scalp. These include diabetes, thyroid disorders and dietary deficiencies. This shedding is known as Telogen Effluvium and, despite being a hair loss condition in its own right, can trigger or exacerbate male pattern baldness in men who are genetically susceptible to this. This condition has largely been ignored in these types of studies as it is the links between the genetics of male pattern baldness and other health issues that doctors want to learn more about, rather than factors that can influence prexisting hair loss.

Insightful but nothing to worry about


Human geneticist at the University of Bonn and one of the study's lead authors, Dr. Stefanie Heilmann-Heimbach, explains via press release how the team was: ""...able to identify 63 alterations in the human genome that increase the risk of premature hair loss. Some of these alterations were also found in connection with other characteristics and illnesses, such as reduced body size, earlier occurrence of puberty and various cancers." 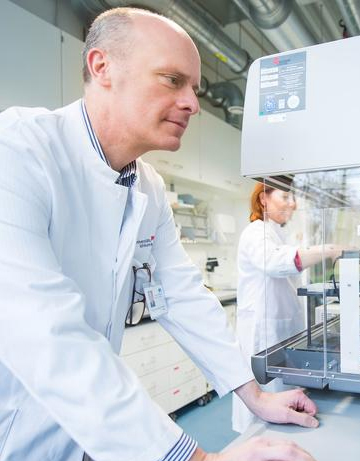 
Specifics include discovering links between hair loss and an increased risk of prostate cancer. This is something that has been widely explored, most recently in 2014 when American researchers found that men who had advanced male pattern baldness by the age of 45 were more susceptible to an aggressive form of prostate cancer.

Whilst these results are fairly straightforward, the relationship between genetic hair loss and heart disease is far more complicated given scientists found genes present that could increase and others that could decrease the risk of heart disease in men with androgenetic alopecia.

"...men with premature hair loss do not need to be concerned," asserts Prof. Nöthen, Director of the Institute of Human Genetics at the University of Bonn (pictured). "The risks of illness are only increased slightly. It is, however, exciting to see that hair loss is by no means an isolated characteristic, but instead displays various relationships with other characteristics."

Belgravia superintendent pharmacist, Christina Chikaher agrees that this information is more useful to researchers and not something men should be overly worried about. "Not only did the Bonn researchers establish the association between premature hair loss and lack of height, they also linked male pattern baldness, or androgenic alopecia, to other physical characteristics and illnesses. Reduced body size, earlier occurrence of puberty and various cancers are all identified links. An increased risk of prostate cancer is one that has been previously identified as a possibility. With more research these findings could help lead to identifying men at risk of developing these illnesses and even possibly prevent them eventually. Men with MPB have also been linked with higher risk of heart disease previously - the genetic links are endless."

This information gathering exercise has provided valuable insights into the biology of male pattern baldness and its implications throughout the body. Researchers hope to build on these by exploring each avenue further and in more detail. Although effective male pattern hair loss treatment courses are already available, it is hoped that as more information becomes available, new products will be developed to combat thinning hair and receding hairlines in men with normal or early onset hair loss.

Researchers Discover How to Tell Who Will Develop Male Hair Loss

Researchers Discover How to Tell Who Will Develop Male Hair Loss