A global pharmaceutical company is currently recruiting men aged between 18 and 41 for a phase IIa clinical trial into a potential new treatment for male hair loss.

Around 180 people are expected to take part in the study, which is being overseen by a company named Allergan, which employs 30,000 people worldwide and has assets worth more than $50bn.

Allergan’s potential new treatment is based around an oral drug named setipiprant, which has been in the news before after scientists at the University of Pennsylvania discovered that it could inhibit the production of an enzyme named PGD2. In doing so, it has been claimed that the growth phase of the hair cycle can be extended. 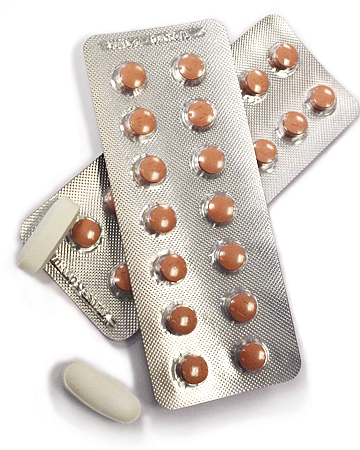 
What is interesting is that the rights to setipiprant appear to have changed hands relatively recently, after Allergan bought a company named Kythera for a reported $2.1bn. The media was quick to note at the time that Allergan had already started to show interest in the hair loss market by testing a drug named bimatoprost originally developed to treat glaucoma as a potential treatment for Male Pattern Baldness. As MPB affects up to half of all men by the time they are 50, new treatments are potentially worth many billions.

The setipiprant study is to take place at more than a dozen clinics and hospitals across the US and has been designed to test how 1,000 mg setipiprant tablets taken twice daily compare to finasteride 1mg, which is taken once a day. The latter is already clinically-proven to treat MPB and has been recognised by key medical regulatory bodies, being licensed by the MHRA in the UK and approved by the FDA in the USA.

Finasteride 1mg is often employed alongside topical applications of high strength minoxidil - the only other MHRA licensed and FDA approved genetic hair loss treatment - to form a two-pronged approach to treating hairloss.

This approach can be particularly effective when treating stubborn areas of hair loss, such as a receding hairline or a thinning crown. Although finasteride 1mg works by inhibiting the formation of the enzyme, DHT, which causes thinning hair around the top of the head in cases of genetic baldness, it alone has not been confirmed to deal with frontal hair loss.

This trial will focus solely on the oral inhibitor drugs and, as well as the setipiprant and finasteride study groups, a third portion of the volunteers will be given a placebo.

The study will last for 24 weeks, with results expected around the middle of 2018. The medical team behind it will be looking at the change from baseline in target area hair count, and will also be asking participants to complete a self-assessment questionnaire pertaining to their experience. 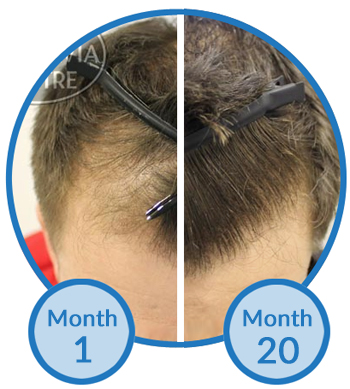 
In just a few decades it is remarkable how far treatment for Male Pattern Baldness has come. The grandfathers of men in their 40s today would have had literally no options in terms of trying to halt losing their hair to the condition when they were young; the best they could have hoped for was a good diet and a healthy regime to keep the hair they did have in good condition.

A personalised Male Pattern Baldness treatment course can now be recommended for each individual based upon their unique pattern and level of shedding, as well as medical and lifestyle requirements. These often feature various hair growth supporting products which can be used alongside the primary oral and topical hair loss treatments.

Depending on how advanced the hair loss is when treatment is started - it is always best to start early - this method can help with hair fall stabilisation and encourage new hair growth, with first results becoming noticeable around three to six months after starting. To get the most from any hair loss treatment regime it is important to be diligent about using everything as directed. With this in mind, it appears unusual for a company to develop a medication that requires a twice-daily dose when the current market leader is only once-per-day.

“It does seem strange for a company to be looking to bring out a two-per-day tablet for male hair loss when finasteride 1mg is already so well established and is only taken once-per-day,” says Christina Chikaher, Superintendent Pharmacist Prescriber at The Belgravia Centre. “However, if there are other benefits such as, perhaps a more minimal potential side effects profile or a significantly lower price difference I do not know if either of these will be the case, I am purely speculating - but these tend to be the types of reasons that make the most sense when introducing a new type of medication. That, and other pharmaceutical companies wanting to get involved, opening up the market further. We shall know more once the trials develop and more information is released.”

Where Is The Proposed Replicel Shiseido Hair Loss Treatment?

Where Is The Proposed Replicel Shiseido Hair Loss Treatment?