In the quest to rejuvenate ageing faces, the options available can often seem quite dizzying. Where to begin? Spending thousands of pounds on courses of Botox and other wrinkle-erasing treatments… or are you better off trying to deal with hair loss?

While there hasn't yet been a comparative study conclusively illustrating just how much you could shave off your appearance by undergoing a range of therapies, it may now be possible to compare two areas thanks to a new report from Chicago. 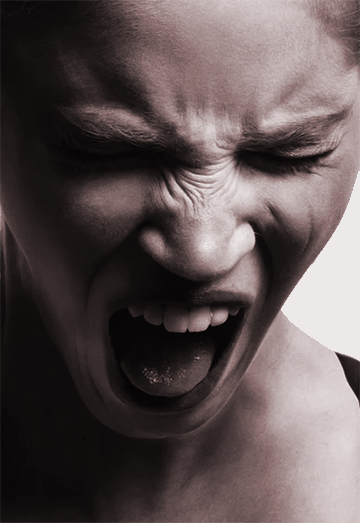 
Scientists at Northwestern University have found that a 30-minute daily facial exercise program that is followed for 20 weeks can make middle-aged women appear roughly three years younger. By comparison, earlier studies have shown that thinning hair can make a person look up to ten years older.

It may not be science worthy of a Nobel Prize, but the results clearly seem to show that restoring or preserving your hair could do more for people’s perceptions of your age than committing to a regime of facial toning.

For people who want the best of both worlds and think that anything is worth trying once, the Northwestern study extols the virtues of performing 32 distinct facial exercises, holding each for about a minute. They include “The Cheek Lifter”, “Happy Cheeks Sculpting”, “The Eyebrow Lift” and more, and the net result is an improvement in upper cheek and lower cheek fullness.

The notion that hair loss can make people look up to a decade older is based upon a 2014 story reported in The Express. This suggested that women with thinning hair can look as much as 10 years older than they actually are. This sentiment was further backed by a 2016 a hair transplant clinic survey which found that visible signs of hairloss can add up to eight years to a man's real age.

It discovered noticeable male pattern baldness to be the number one reason that men look older. Just behind hair loss was greying hair, which it found could add up to seven years to a person’s appearance. Having a full beard can reportedly added up to five years.

Whilst for both men and women thinning hair can be visually ageing, genetic hair loss is often wrongly assumed to be something that only 'old people' experience. In fact, this misconception has never been further from the truth. Male and female pattern baldness can start to present in those with a genetic predisposition any time following puberty, and research shows that now young people are developing premature hair loss more than ever.

In contrast to previous generations who would generally tend to see symptoms appear when they were in their 30's (men) and 40's (women), it is now common for signs of hereditary hair loss to begin in both sexes from their mid-20's to early 30's. It can, of course, present earlier or later and this, as well as the rate at which hair is lost, is unique to each individual.


Regardless of how old a person is when they start to experience hairloss, 'looking old' - or wanting to look younger - is a reason frequently given by people wanting to start hair loss treatment. 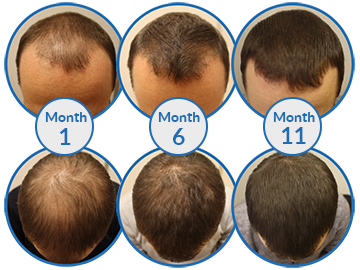 
The approach Belgravia takes when treating instances of androgenetic alopecia is an holistic one, providing not only clinically-proven pharmaceutical remedies but also non-medicinal hair growth booster products, all tailored to the client's individual needs. 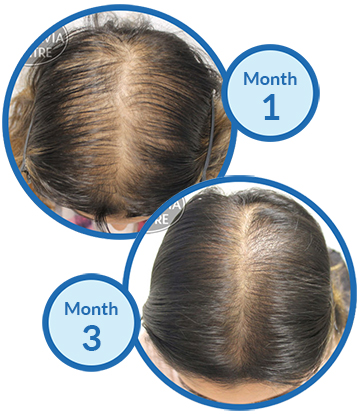 
The only two medications with the relevant MHRA license and FDA approval to treat pattern hair loss at present are finasteride 1mg and minoxidil. So, for women, treatment involves topical use of recommended formulations of high strength minoxidil - a vasodilating solution which opens the potassium channels, promoting hair growth - paired with appropriate boosters. Whilst, in addition to minoxidil, men can also add in finasteride 1mg, an oral DHT-blocking tablet.

What DHT does in men and women with hereditary hair loss, is latch on to the affected follicles - those located around the top of the scalp and frontal hairline. It then gradually weakens and destroys the hair follicles, resulting in increasingly thinner hairs and eventual hair fall. If left unchecked, this can result in baldness in men, and advanced hair thinning in women.

Whilst finasteride is not suitable for women, Belgravia has developed an exclusive, premium hair growth supplement - Hair Vitalics for Women - which, in addition to blending key beneficial vitamins, minerals and amino acids, also includes soy isoflavones known to lower DHT levels in the bloodstream. Additionally, Hair Vitalics for Men includes the botanical extract saw palmetto for the same reason, with the specific formulations ensuring a highly-targeted product that is more than just a nutritional support.

Hair Vitalics hair growth supplements are just one of the range of boosters available to complement the pharmaceutical elements of hair loss treatment courses. Other options include using a home-use, follicle-stimulating LLLT device such as the patented LaserComb, LaserBand 41 or LaserBand 82, and undertaking clinical therapy sessions.

Whilst dealing with hair fall is clearly a proven way to stop yourself from looking prematurely old, it is worth remembering that a healthy lifestyle plays a significant part, too. As well as making people look and feel more youthful, being in tip top condition comes with the added bonus that it reduces the likelihood of being affected by a lifestyle-related hair loss condition, such as telogen effluvium. Also reduced is the risk that a genetic thinning condition may inadvertently be accelerated.