Users of a Unilever product which some claim led to hair loss have been offered a cash settlement by the company.

Unilever’s settlement offer, which has been upheld by Chicago’s Seventh Circuit, allows for a $10 refund for every person in the lawsuit, with an additional amount being offered to compensate for hair loss or bodily injury that will vary according to each case. Those who lack any kind of hairdresser or medical records showing they required treatment will be offered $40; others with a stronger case could receive up to $25,000. The total amount that Uniliver has put aside for the settlement is just over $10m.

The settlement focuses on a Unilever product named Suave Professionals Keratin Infusion 30-Day Smoothing Kit, which was available in the USA between late 2011 and May the following year, at which point it was discontinued. More than two thousand women were involved in the class action lawsuit. 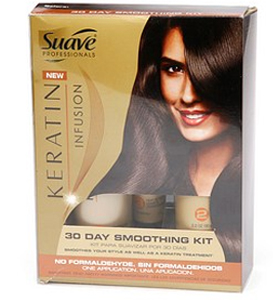 Problems arose when some users claimed that the product left them with scalp burns and hair loss some of them stating that the damage was severe. According to courthousenews.com, Catherine Reny, one of the lead plaintiffs in the case, said that her hair began “melting” immediately after she had applied the product.

According to the lawsuit: “After proper application of the treatment, (co lead plaintiff Josephine) Wells noticed her hair breaking at the crown and she experienced significant hair loss at the crown and on the sides of her head. Because of the breakage and hair loss, she has had to cut approximately ten inches off her hair and has spent thousands of dollars on weaves, hair extensions, and other treatments to attempt to restore the damage to her hair.”

The documents note that the straightening effects and damage to Wells' hair continue to this day nearly two years after she used the product. Although the type of hair loss experienced is not detailed, the fact that scalp burns are mentioned could mean that scarring alopecia, also known as cicatricial alopecia was involved. This condition is currently incredibly hard, if not impossible to treat due to the destruction and scarring over of the hair follicles.

Courthousenews.com reports that not all class members are happy with the settlement.

Some styling comes with a risk 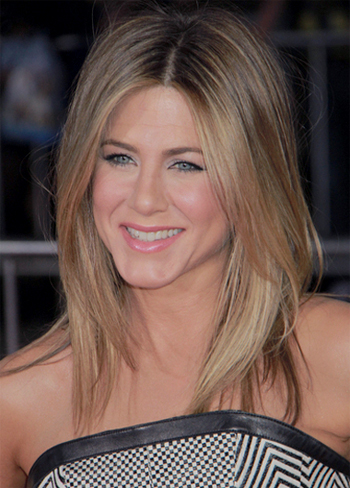 What the settlement certainly does is illustrate once again that many hair styling techniques do come with a degree of risk. Keratin-based products have been the subject of much controversy over the past few years, though they are most often being called to task when they have been used as part of a hair-straightening treatment.

One of the most common is known as the Brazilian Blow Dry, which involves applying a keratin-based solution sometimes containing alarmingly high levels of Formaldehyde to the hair, and then heating it between flat plates at temperatures of up to 450 degrees.

Actress Jennifer Aniston famously distanced herself from the procedure a few years ago after having to cut off her long locks as a result. “My hair did not react well to it,” she said of her experience with keratin-based procedure.

There are ways to mitigate against hair damage from styling experts recommend keeping “extreme” treatments such as harsh bleaching, over-colouring, heat styling at high temperatures and anything that involves chemicals to a minimum.

They also recommend that treated hair be kept in the best possible shape with professional-quality hair care products including shampoo and conditioners plus specially-targeted food supplements to improve the health and condition of the hair, where needed.

If, however, you notice hair thinning despite these measures, your best course of action is to seek out the expert eye of a hair loss specialist. Conditions that affect women and cause the hair to shed more than usual include Female Pattern Hair Loss, Telogen Effluvium and Diffuse Thinning, so while the internet sometimes seems to suggest that there is but a single form of hair loss by using the catch-all term ‘alopecia’, the truth is far more complex.