It can take years for hair loss caused by Male Pattern Baldness to become evident, with the period between suspicion and confirmation involving numerous perplexing moments in front of the mirror wondering if something is amiss.

Slow, gradual hair loss is clearly something that has been bothering Kim Kardashian’s friend Jonathan Cheban, sometime PR, Celebrity Big Brother housemate and founder of TheDishh.com website. Cheban brings up the matter when talking to his celebrity pal during a recent episode of her show, Keeping Up With The Kardashians. 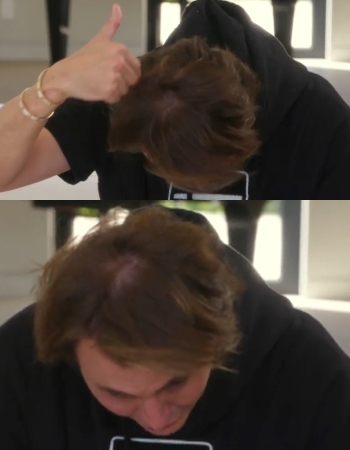 Thinning crown or trick of the light?

“I haven’t slept in days because of that doctor, but I think he has a really bright light in there,” says Cheban, pointing at his head and apparently referring to a visit he had recently made to a professional regarding his hair loss concerns. “It makes it look like I have thinning hair, which I’ve not.”

Unfortunately for Cheban, Kim then chimes in with her own verdict namely that he does have thinning hair - "I see it," she tells him. “He [the doctor] knows,” she says. “I think you’re in denial.” The selfie queen offers to take a photo of the top of her friend’s head but Cheban flatly refuses, saying he will have “one more consultation with someone else” instead.

Whilst strong light can make thinning hair look more obvious, it cannot usually conjure up the appearance of hair loss where there is none. Although, that said, both the outgoing FLOTUS Michelle Obama and former footballer David Beckham have been accused of balding due to the light hitting their hair in an awkward way. There seems to be no such reason behind Jonathan Cheban's issue, however, as in the footage he does appear to have a thinning crown.

For a man in his early 40s, Cheban has a reasonably high chance of being affected by Male Pattern Baldness, a genetic condition that affects around half of all men by the time they are 50. It often starts when men are in their 30s and 40s, but can also start a lot earlier - any time following puberty.

While scientists know what makes hair fall out (an inherited sensitivity to a testosterone by product named DHT is to blame), opinions vary as to why it suddenly starts. Lifestyle issues such as poor diet, smoking and stress are thought to factor - exacerbating or triggering thinning in those with an existing predisposition. 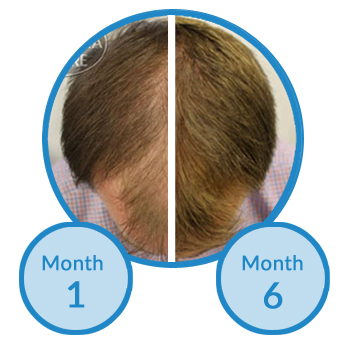 The difficulty Cheban seems to be facing is that he suspects his hair isn’t as full as it once was, but he isn’t sure. This is a very common issue with Male Pattern Baldness which can take many years even decades to develop. Due to the fact that hereditary hair loss only affects the top of the head, if they don't have a receding hairline, it can be easy for men with Male Pattern Baldness not to notice their quietly thinning locks.

Additionally, a bald patch on the back of the head one of the most telling signs of male hair loss is hard for men to see unless you go looking for it. If you’re surrounded by tactful people, it could easily be years before you realise that you’re actually sporting a bald spot.

A number of clients have told us that they didn't notice they had a bald patch until they clocked themselves in security mirrors - either in shops or on buses - or when they saw themselves from an unusual angle in photographs. The upsurge in social media photo sharing has led to an increase in people not only noticing their hair loss but also wanting to deal with it.

The downside of this is that Male Pattern Baldness is best treated early at the first signs of hair loss. The two clinically-proven products at the heart of a hair loss treatment course are most effective when they still have a lot to work with, so to speak, meaning that any man with even the slightest suspicion that his locks are thinning out would do well to seek out expert help and ask for a diagnosis.