Joining the Dots between Hair Loss and Other Medical Conditions

Scientists in Denmark have come up with an innovative new way to ‘join the dots’ between medical conditions. According to Science News, a publication by the Society for Science & the Public, the new method could “reveal connections between health problems as seemingly unrelated as migraines and hair loss, or glaucoma and a hunching back.” 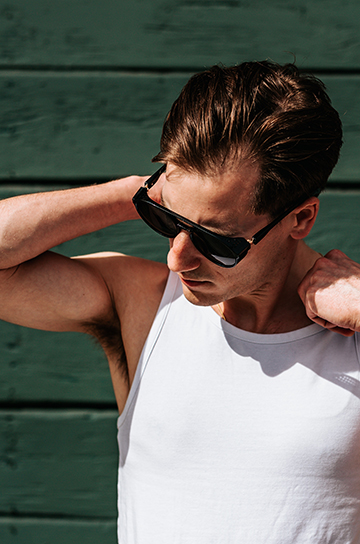 The technique uses ‘data mining’ to extract information about a patient’s medical history from their doctor's notes, and combines this with genetic data and other scientific information to create a fuller picture of a patient’s health condition.

During testing, the Danish team discovered nine patients who were diagnosed with both migraines and alopecia, and were able to make a connection between the two which suggested that the patients might be suffering from Coeliac Disease, a condition caused by a gluten allergy, which can result in depression , fatigue and a range of physical symptoms.

Hair loss as part of a wider problem

The research is still in early stages, but it presents an important reminder that hair loss may in some cases be just one symptom of a wider health problem.

For example, hair loss can be an indication that you are suffering from an over-active or under-active thyroid gland (hyperthyroidism and hypothyroidism respectively). Both conditions can result in hair loss, but they are also accompanied by a host of other unpleasant symptoms, such as rapid weight gain, depression and constipation. In a case such as this, hair loss is a secondary symptom of a more serious medical condition. 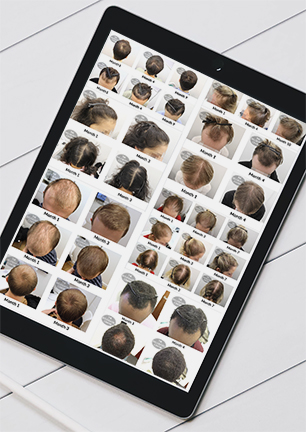 In other cases though, hairloss is just hairloss, and though it may have underlying causes, it is not indicative of any further health problems. People who suffer from the hairloss condition Alopecia Universalis, for example, may lose all of their hair, whilst otherwise remaining completely healthy.

Alopecia is caused by the body’s own immune system attacking healthy hair follicles, causing hair to fall out and production of new hair to cease. It is not known exactly why the condition develops, but it is widely thought to be triggered by stress or trauma. No other symptoms present themselves, and some Alopecia sufferers have complained about being treated with ‘kid gloves’ by people who erroneously believe them to be suffering from cancer. In fact, cancer does not cause hair loss at all, it is the chemotherapy treatment which cancer sufferers undergo that sometimes causes their hair to fall out.

In other cases, hair loss is simply part of a natural process in genetically prone individuals. Male Pattern Baldness and Female Pattern Hair Loss (known as Androgenic Alopecia, or Genetic Hair Loss), occur when the enzyme 5 Alpha-Reductase transforms testosterone into its derivative, dihydrotestosterone (DHT). This DHT causes hair follicles to shrink, resulting in thinning hair and shedding. Once again, there are generally no other symptoms or medical problems connected to the condition.

If you’re suffering from hair loss and would like to know what can be done about it, contact The Belgravia Centre for a free consultation with one of our hair loss experts, or fill in our online diagnostic form for a home-use treatment programme that we can post anywhere in the world. You can view many hundreds of Success Stories from Belgravia hair loss treatment users.

You should always consult your GP if you suspect your hairloss is linked to a more serious medical condition.