Jessie J Prepares to Shave Her Head For Comic Relief 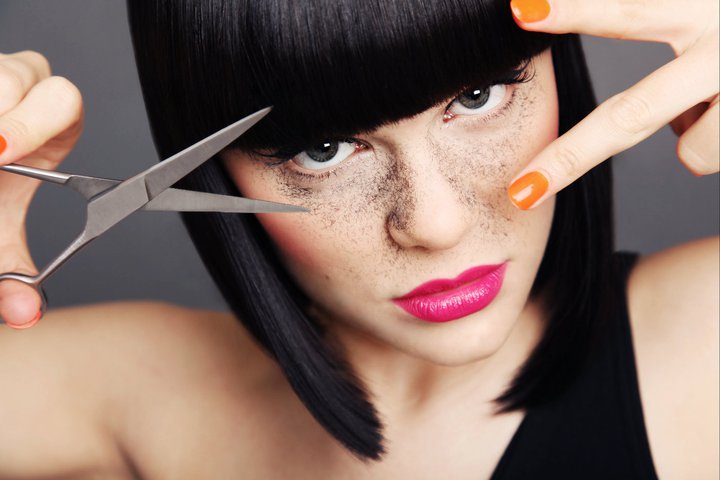 It may still be a few months away, but pop mega-star Jessie J is already counting down the days until she goes under the clippers and shaves off her hair for Red Nose Day. Sharing a photo with fans on the photo blogging site Instagram with her hair scraped back into a high knot, the superstar singer said that she was preparing for her life without hair.

It was at the end of last year that the British songstress revealed on Twitter that she had been considering shaving her hair for charity for quite some time. She had reached her decision after spending time with children who had experienced hair loss as a result of illness a visit which has clearly had a profound effect on on the pop star, as she mentioned it in her announcement twelve months later.

In September 2012, she proudly tweeted, “A year ago I said I'm gonna shave my head for charity…I have been waiting for the perfect time and the right charity. But also a charity that can get my amazing fans involved too.”

"I am SO excited and honoured to be able to finally officially announce I will be shaving my head LIVE for you ALL to watch in March 2013 for @rednoseday : D #letsraisesomemoney."

Fan participation was bound to be a huge factor for Jessie, who, thanks to her daring fashion choices, honest lyrics, and positive attitude, has become a major female role model in recent years for both young men and women - even beating fellow pop stars Lady GaGa and Justin Bieber to the title of 'Pop’s Best Role Model' in a Capital FM Radio poll.

Hoping For A High Price Tag

Jessie has chosen the Comic Relief charity as the beneficiary of her baldness, but there are also a number of specific hair loss charities, such as The Little Princess Trust, for whom members of the public can shave their head or donate their hair for wigs and raise funds. Seeing a leading figure like Jessie shaving her head for a charitable cause is likely to not only raise awareness of hair loss conditions, but encourage many others to replicate her kind gesture. Jessie has already garnered a rush of support on the social media site Twitter, with messages such as "OMG Jessie J UR so BRAVE Im gonna shave my head 4 charity 2 UR my inspiration,” and has found similar levels of encouragement from her style team.

Lyndell Mansfield, Jessie J’s hairstylist, commented, "You know if you've been given that sort of power through your skill and you've got to a certain level where you can reach people then I think it's a good thing to use it for positive reasons. I'm proud of her… it’s a beautiful thing that she is doing it for charity, you know not many people do it out of choice”.

Jessie will be shaving her tresses on live television on Red Nose Day, which this year falls on Friday March 15th. Make sure you tune in and send her your support!