Is the Baldness Gene a Myth?

Science writer, Philip Ball has claimed that the commonly accepted idea that there is a gene for certain conditions - including hair loss - is false. 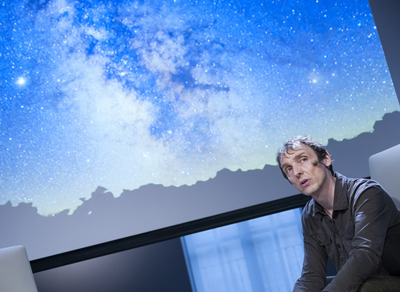 The writer, pictured right, refers to the work of geneticist Steve Jones, who has said, “the most dangerous word in genetics is ‘for’. Only 15 years ago, people expected that they would find genes for cancer, heart disease or diabetes. But medicine’s big secret is that we haven’t found them. And we haven’t found them because they are not there.”

Genetics, Ball argues, are incredibly complex, meaning that it’s not normally possible to isolate one gene that is responsible for a certain trait or condition. Studies have found that even when removing a gene supposedly vital to the functioning of an organ, the organ continues to operate, because a network of genes work together. The same applies to genes responsible for medical conditions; when researching the development of asthma, scientists found hundreds of genes that played a part.

The article concludes that genetic data does reveal a lot about our inherent predispositions to certain medical conditions, but, writes Ball, “that doesn’t necessarily mean that we have the ‘genes for’ those conditions in any meaningful sense”.

Hair loss conditions can be inherited

Although there may not be a specific ‘gene for baldness’, it is accepted that certain hair loss conditions, such as Male Pattern Baldness and Female Pattern Hair Loss do have an inherited component.

Androgenetic alopecia in both men and women is the most common cause of hair loss in the UK, and can be inherited from either parent. Those who suffer from it are predisposed to hair loss at birth. Although you can’t control whether or not you are predisposed to hair loss conditions, it is possible to successfully treat genetic hair loss, and a number of treatments are available for both men and women. If you are concerned about your hair fall, seek out specialist advice regarding your condition and the most effective hair loss treatment course available.