American businesswoman and TV personality Kris Jenner has been at the centre of some unwanted attention this week after press photographs of the Keeping Up With The Kardashians star seemed to show a bald spot on the left-hand side of her head.

Reporting on the images, celebrity website Radar Online consulted a number of medical experts and a hair stylist to try and understand what can cause hair loss in women. 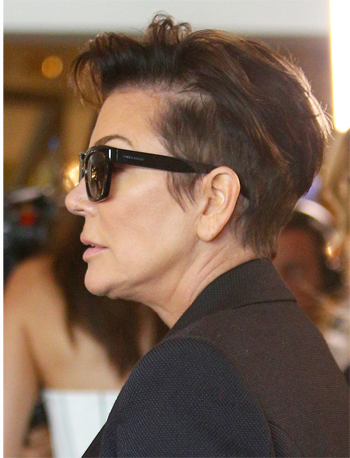 Though none of the experts claimed to know the exact cause of Ms Jenner’s apparent loss, they agreed there were numerous factors behind her thinning hair.

They considered everything from stress and infections to surgery as possibilities (hair loss is a surgical side effect that can arise after a facelift, something the star underwent in 2011 during an episode of Keeping Up With The Kardashians. There have since been rumours that she may have had another).

Entertainment industry insiders certainly seem to think that stress is a prime candidate: the mother of six was recently divorced from Bruce Jenner, her husband of 24 years, and has had to endure the additional stress of the huge media storm that has arisen out of his announcement that he is changing sex.

Other stress-inducing factors include rumours that Kris’ tenure as the Kardashian and Jenner siblings' “momager” (mom manager) is about to come to an end, as well as recent blackmail threats over stolen naked video footage of her.

A private investigator working on behalf of the family explained that her alleged blackmailers might have got the footage by hacking into a home surveillance camera in her closet via the cloud. To make her feel more safe, the reality TV star said she has resorted to having a loaded gun at home and insisting that her security staff be armed. 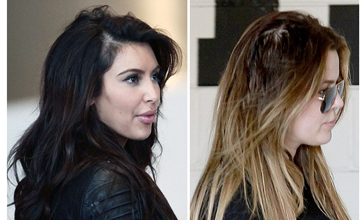 It is not the first time the Kardashian family has hit the headlines with apparent hairloss-related problems.

Youngest sister Khloé Kardashian was snapped in 2013 leaving the gym with what looked like a bald spot on the side of her head. She also revealed last year that she suffered substantial hair loss, thought to be from Telogen Effluvium, in 2003 when she was struggling to cope with the death of her father. Hair loss during a time of bereavement is not uncommon the stress hormones released by what is known as Broken Heart Syndrome can shock hair follicles into shutting down temporarily.

Khloé's big sister Kim Kardashian-West, meanwhile, was snapped in Paris in 2012 with what looked like thinning hair around her temples. At the time, Leonora Doclis, senior trichologist at The Belgravia Centre, said that this could have been caused by Kim’s busy and stressful lifestyle. The socialite, like all her sisters, is also known to be a fan of hair extensions - especially now little sis Kylie Jenner has her own line of hairpieces - which can exacerbate any existing hair loss condition, as well as causing hair breakage and, in more severe cases, Traction Alopecia.

Common condition by the age of 50

From press pictures, it looks as though Kim and Khloé's mum could be suffering from Female Pattern Hair Loss. It is a common condition that affects many women by the age of 50 and can be brought on or worsened by stress. Kris, at 59 and with her busy lifestyle, is a prime candidate for the genetic condition, which is characterised by an overall thinning of the hair, concentrated around the top of the head. The matriarch's own mother, MJ, also has thinning hair.

If Kris is suffering from female hair loss also known as Androgenetic Alopecia the good news is that regrowth results obtained after specialist treatment can be impressive. Many Belgravia clients, including Ms Lyons - also in her 50's - pictured here, have seen huge improvements to their hair loss from following comprehensive courses of treatment for women's hair loss, based around topical applications of high strength minoxidil and hair growth boosters, to nourish and stimulate the follicles.