Is Gravity Responsible for Baldness? 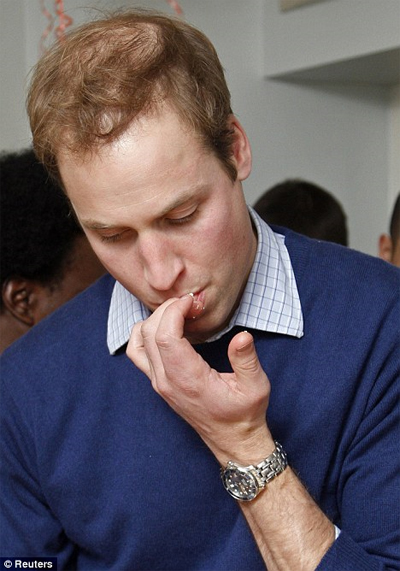 Writing in a paper submitted to Plastic and Reconstructive Surgery-Global Open, researchers claim to have found a key contributor to the onset of Male Pattern Baldness: gravity.

As outlandish as Dr. Ustuner’s conclusion sounds, it seems plausible once one understands a little more about pattern baldness. The condition, formally known as Androgenic Alopecia, is caused by the hormone testosterone being converted into an androgen known simply as DHT. In men and women with a genetic predisposition to Androgenic Alopecia, DHT attaches itself to hair follicles in the scalp, causing them to shrink. Over time the attached hair falls out and does not regrow, leading to a receding hairline and the eventual development of a bald crown.

The effect of DHT can be slowed, or even reversed, using medications as part of a holistic hair loss treatment plan.

But at the same time that DHT is causing hair follicles in the scalp to shrink, hair begins to grow thicker and bushier in under the arms and in the genital region. The androgen and hormones appear to encourage follicles everywhere apart from the scalp to thicken. The mystery is why DHT affects the scalp in such a completely different way.

Has Dr. Ustuner solved the mystery of pattern baldness?

Dr. Ustuner believes that the action of DHT on hair follicles in the scalp is directly related to gravitational force acting on the head. Young men and women, he explains, have a layer of fat tissue just under the skin of the scalp that, when well-hydrated, provides a “buffer” that reduces the effect of gravity on hair follicles.

As people age however, that layer of fat, and the scalp skin itself, both begin to thin. Testosterone also plays a part in thinning the fat layer over time. The thinner the skin and subcutaneous fat layers become, the more the pressure increases on hair follicles.

Dr. Ustuner suggests that as the buffer layer thins, the hair follicle requires additional testosterone to achieve normal growth. But the hormone is then converted into DHT in the scalp, further eroding the under-skin fat and increasing the pressure upon the hair follicle.

Dr. Ustuner also points out that if gravity plays a significant part in hair loss, it should also be more noticeable on the top of the head exactly as may be expected with cases of Androgenic Alopecia. The report also suggests that variations in pattern baldness are caused by differently shaped heads; the face weight of the face is blamed for a receding hairline whilst the ears are believed to provide additional scalp support, explaining why hair at the side of the head is often lost last.

The "gravity theory" has not yet been widely accepted, but is a useful contribution to the study of a condition that still mystifies the science world.