Despite being a common scalp condition that affects roughly one in every five people and is especially prevalent in men, dandruff remains a huge source of embarrassment among some sufferers.

Many over-the-counter anti-dandruff shampoos are available, and these tend to revolve around the same active ingredients: zinc pyrithione (ZPT) and climbazole.

Now, reports claim a new alternative has been found which outperform these anti-fungals when it comes to treating dandruff, thanks to the Chinese cosmetic ingredients developer and manufacturer, Spec-Chem Industry. But is it really new..? 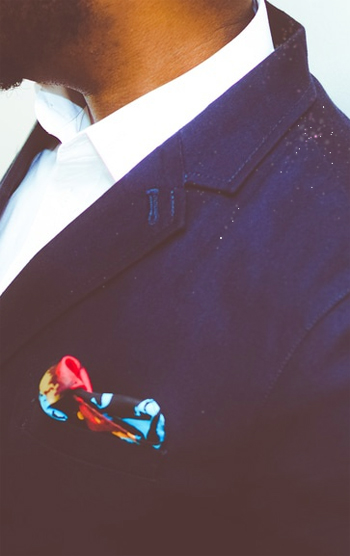 
According to industry publication, CosmeticBusiness.com, Spec Chem Industry has developed a dandruff treatment shampoo containing piroctone olamine in place of these more commonly found anti-fungal ingredients. It is currently known as SpecKare PO.

It reports that the company's new product, 'has specific action against the Malassezia species responsible for producing dandruff and has also been proven to relieve scalp itching with no safety concerns or scalp irritation. A study comparing shampoos containing 0.5% ZPT versus 0.5% SpecKare PO showed that while ZPT reduced dandruff by 68.6%, SpecKare PO reduced it by 81.7%. It similarly outperformed climbazole.'

Whilst this is potentially great news for anyone troubled by those pesky white flakes peppering their shoulders, the reporting of this ingredient as being 'new' is slightly confusing.

Piroctone olamine is already widely used in treatment shampoos for both dandruff and, another scalp condition, seborrheic dermatitis. These are widely available, non-prescription products from pharmacy brands such as La Roche-Posay and Bioderma, to high street beauty companies and luxury haircare labels including The Body Shop and Sachajuan. As such, it may be that SpecKare PO contains another ingredient - a novel element - yet to be announced.

Used topically, piroctone olamine is known to have potenetial side effects including skin wrinkling, bruising, irritation, numbing, bleeding and swelling. As these risks are more prevalent in cream formulations, rather than shampoos, and, whilst piroctone olamine is permitted up to 1.0% in rinse-off cosmetic products in the EU and US and SpecKare PO contains half that amount, this may explain a lower side effect profile for the new shampoo product.

Belgravia offers a paraben-free, medicated shampoo which can be used to treat dandruff and other scalp conditions; called B4, it is a firm favourite among clients, though you don't have to be a client to purchase Belgravia hair care products, whether shampoos, conditioners or Hair Vitalics supplements.


A question that regularly comes up among Belgravia Centre visitors is 'can dandruff shampoo treat hair loss?' The answer is a resounding 'no', especially given the hair loss condition this is normally asked in connection to is Male Pattern Baldness, which is genetic and cannot be treated with any kind of shampoo - including caffeine shampoo.

Whilst there are some scalp conditions which may lead to hair loss, it is the underlying cause of the shedding - the scalp complaint - that can be treated via a medicated shampoo. There are no 'hair loss treatment shampoos' as yet, despite the many marketed on the internet - something backed by research from a UK-based consumer rights protection group.

Can a Poor Diet Cause Dandruff?

Can a Poor Diet Cause Dandruff?

As a Coeliac Should I Use Gluten Free Shampoo?'

As a Coeliac Should I Use Gluten Free Shampoo?'