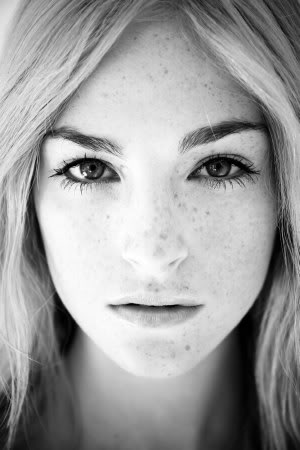 Losing your hair unexpectedly can be disconcerting to say the least, so it can be reassuring when someone in  the media spotlight speaks openly about their hair loss, particularly when they’re in an industry where looking flawlessly beautiful is not optional.

19 year-old Amber Jean Rowan first captured the hearts of Irish television viewers in 2009 when she appeared in RTE’s The Model Agent, a reality-style show which sought to find Ireland’s next top supermodel. Though she did not win the contest, she did make it to the final three, out of thousands of young hopefuls who auditioned and took part. But what really stood out was her openness on the show about the hair loss condition she was suffering Alopecia Areata.

Just 16 at the time, the Dublin model said on the show that, “this has been my private battle, but I wanted to talk about it.”

Revealing to viewers and fellow competitors that she wore a wig, she said, “The Alopecia I have, I don’t have it any more thank god. My hair isn’t falling out any more, it’s all grown back but it’s really short. I’m so happy because I might lose it again in later life but for the next few years, hopefully it will stay. It’s strong but it’s just really short”

She also said that she wasn’t scared about telling her fellow contestants about her condition: “I’ve had it for a few years and I don’t care what people say because there’s nothing I can do about it.”

Inspiring others with Alopecia

Now, three years on, she has spoken to the Herald newspaper about the experience and how she has helped others since.

Today she continues to model, and hopes to act in movies one day, but she told the paper that her time on The Model Agent helped her immensely, while also helping others with their own Alopecia.

“People were coming up on the street saying thank you for talking about it. They were emailing me such gorgeous things,” she said, “It’s the best thing that happened to me.” But despite her bravery at the time, she revealed that she was terrified to talk about it on the show, describing it as, “the elephant in the room for so many people.”

She says that she has helped others to deal with their condition in small ways, for example by recommending good places to get real-hair wigs. Amber also reveals to the Herald that her condition has taught her to relax a little more in life: “It’s about taking more time for myself just saying ‘this is Amber time’”

Alopecia Areata can often be triggered by stress from a variety of different sources, for example, embarking on a modelling career, struggling financially, or going through a tough relationship break-up.

When stress is the likely culprit, the first and foremost thing to do is to take steps to reduce the amount of stress in your life, as Amber seems to have done. It is entirely possible to re-grow hair lost through Alopecia with treatments such as minoxidil cream, which is available from the Belgravia pharmacy. To find out more, take a look at some of the success stories on our website, or contact us for a consultation. Alternatively fill in our online diagnostic form for a home-use treatment programme that can be sent anywhere in the world.

Hair Endurance - Is Dandruff Shampoo the Answer to Hair Loss?