India is fighting an application from a UK laboratory to patent a hair loss treatment which features traditional Ayurvedic medicines. It is believed the treatment was specifically for genetic hair loss in both men and women. 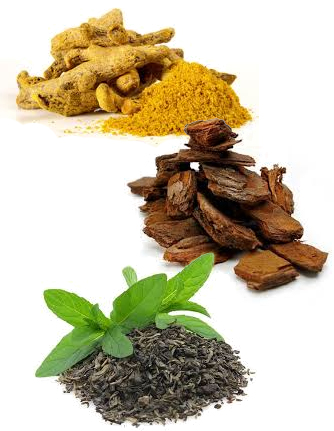 According to reports in the Economic India newspaper, Pangaea Laboratories Limited is trying to patent a 'medicinal composition' for treating hair loss, which is formulated using turmeric, pine bark and green tea. These components are traditionally used in ancient Indian Ayurvedic medicine, and the mix appears to be based on this cultural knowledge.

Thanks to some swift work by the Traditional Knowledge Digital Library (TKDL) of the Council of Scientific and Industrial Research (CSIR) - who blocked a similar application by Colgate-PalmoliveBSE regarding a mouthwash which contained nutmeg, just days before - this patent application has been blocked.

The TKDL did this by submitting proof to the European Patent Office that turmeric, pine bark and green tea were part of existing methods of treating hair loss, which have been used in India since ancient times. According to the patent office's website, Pangaea Laboratories have now withdrawn the disputed application which was originally filed in February 2011.


There are a number of traditional medicines and products touted as natural hair loss remedies for Male Pattern Baldness. None, however, have been proven to work.

Many, such as using ginger to massage the scalp, honey and cinnamon, or camphor oil, may improve the scalp and/or hair's condition, making it healthier which can increase the hair's strength and shine. This cosmetic difference is completely different to 'treating hair loss' though and only two hair loss treatments are medically-proven to do this.

Both men and women with genetic hair loss are able to use minoxidil, a topical treatment which is licensed by the UK's MHRA and approved by the FDA in America. It is applied directly to the scalp, where needed, and - as you can see from Belgravia's Hair Loss Treatment Success Stories - has been seen to produce positive results, when used as directed.

Men are also able to take a daily tablet containing finasteride 1mg to inhibit the formation of dihydrotestosterone (DHT). DHT is the testosterone by-product which attacks the top of the head, binding to the hair follicles in those with a genetic predisposition to this type of hereditary hair loss, and causing a gradual weakening - or 'miniaturisation' - of the follicles. This is what leads to the appearance of thinning hair in women, and signs such as a receding hairline or thinning crown, in men.