Scientists in the French city of Nice are to increase their efforts into researching a possible link between the IL2 protein and certain conditions that lead to hair loss.

The team at the Centre Hospitalier Universitaire de Nice have already shown in a prospective pilot study that “low doses of IL2 could be beneficial to severe Alopecia Areata” and say that they saw long-lasting regrowth in four out of the five patients they treated.

Now, they are expanding their efforts into a new, multi-centre, double-blind study to see if they can build upon their results. 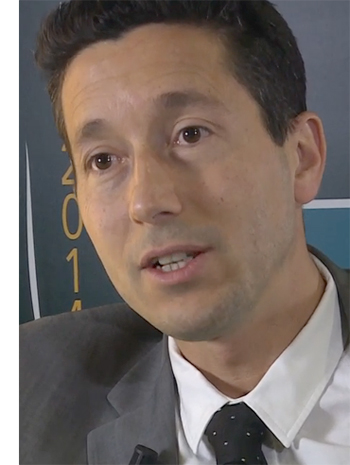 Dr Thierry Passeron who is leading the study

Alopecia Areata, which leads to sudden patchy hair loss, as well as its more severe related conditions Alopecia Totalis and Alopecia Universalis, are considered to be autoimmune disorders, with hair loss arising out of the body’s compulsion to attack healthy cells in the scalp. This is, of course, evidence of a malfunctioning immune response, and as the IL2 protein is an interleukin, a group of cytokines in the blood that play a large part in the body’s immune response, IL2’s use in a possible new treatment is understandable.

The precise nature of how and why IL2 proteins and similar interleukins might help is being explored in several studies.

In an American trial into the use of the interleukin IL13 as a possible treatment for Alopecia Areata, doctors wrote that: “Data shows that IL-13 is significantly unregulated in both atopic dermatitis and Alopecia Areata lesions compared to nonlesional skin. It is very important to associate the clinical responses with suppression of this cytokine and related molecules as well as other pathway cytokines in skin tissues.”

In that test, which is being carried out by the Icahn School of Medicine in New York, the focus is on the use of a drug named tralokinumab, which was developed to treat asthma and other inflammatory diseases.

A great many tests into possible new treatments for Alopecia Areata have roots in existing treatments, as the past few years have proved time and again that many autoimmune disorders are linked. People with Alopecia Areata, for example, have been shown more susceptible to Type 1 Diabetes and Dry Eye Disease.

It is unclear if the French team will be using an existing, commercially available product in their trial or not.

What is known is that they are currently in the recruiting stage and that test subjects will include both males and females aged between 18 and 60. All must have been clinically diagnosed with Alopecia Areata. The success of the test will be defined by the patient’s SALT (Severity Of Alopecia Tool) score at the end of the study, which will be 12 months post treatment.

In that time frame a significant portion of people with Alopecia Areata might naturally be presumed to see strong hair regrowth without intervention, as hair does grow back on its own in many cases. The process can certainly be given a helping hand, however, as many Belgravia clients who have taken advantage of a personalised Alopecia Areata treatment course will attest.