Hypnotherapy isn’t for everyone, but in thousands of cases it has proven to be a real life-changer for people with a fear of dogs, anxiety disorders and eating problems. There’s also a chance that it could help with hair loss, too.

The Daily Mail recently reported on how hypnotherapy had been a boon to a 28-year-old woman from Leeds named Nicola Phelan, who lost her hair aged five after being diagnosed with an extreme version of Alopecia Areata, the autoimmune disorder which causes the body to attack healthy cells in the scalp.

Whilst Alopecia Areata itself leads to sudden, patchy hair loss which may often grow back and can also be treated, there are various - rarer - forms which cause total baldness. Whilst the precise condition Ms Phelan has isn't noted, her level of hair loss suggests it would be one of these more extreme forms. 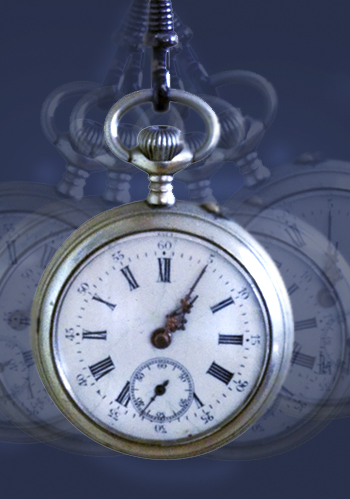 Ms Phelan told the newspaper that being bald and also being overweight had seriously dented her self-confidence, and that she turned to hypnotherapy in an attempt to get her life back on track.

The session she had with a local hypnotherapist helped her to changer her eating habits, go to the gym and even venture out without her wig.

Ms Phelan also found a new job and ditched her boyfriend. Today she has a new partner, and no longer closes the curtains at home if she doesn’t have her wig on. If someone comes to the door and she’s not wearing her wig, she says that she will open it regardless, something that was unthinkable a short time ago.

People with Alopecia Areata and other very visible hair loss conditions often say that losing their sense of identity and their confidence is one of the most punishing aspects of losing their hair. While many conditions can be helped and even reversed with specialist help from a dedicated hair loss clinic, others are more difficult to treat.

With Alopecia Universalis, for instance, the total baldness that ensues is very often something that has to be either proudly embraced or else concealed. Existing treatments offer a fairly bleak middle ground which is why new treatments for severe cases of Alopecia are being rigorously trialled.

But given that Alopecia Areata is often caused by stress, might it be that hypnotherapy which may relieve some or all of that stress could in turn reverse the condition?

It’s an interesting theory, though as yet we are not aware of any clinical data to support the idea that hypnotherapy can make hair grow back. What we do know is that a trial mentioned in the International Journal of Clinical and Experimental Hypnosis a few years ago followed 28 people with Alopecia Areata as they attempted to see if hypnotherapy led to hair growth.

Not all of the participants completed the six-month study, but of the 21 that did 12 were reported to have seen significant improvement in hair growth. Unfortunately, this doesn’t paint an especially useful picture as people with Alopecia Areata do often see the condition improve of its own accord anyway.

What was remarkable, though, was that four of the 12 had Alopecia Totalis, a much more extreme form of Alopecia Areata. This leads to total hair loss on the head, including losing the eyebrows, eyelashes and facial hair and people with this AT - which is currently untreatable - are less likely to enjoy spontaneous regrowth.