The long list of things that may play a part, no matter how small, in certain forms of hair loss includes something called BPA (Bisphenol A), a chemical often found in plastics used in the food packaging industry. By 2020, France has announced, the country will be free of all plastic cups, plates and cutlery.

The direct effect this may have on hair loss is, of course, impossible to ascertain, and it is certainly not hair thinning that has driven French politicians to introduce the ban their motive seems to be entirely environmental. However, BPA had already been banned in France from food packing materials since last year so the ban is set to also target BPA-free plastics. 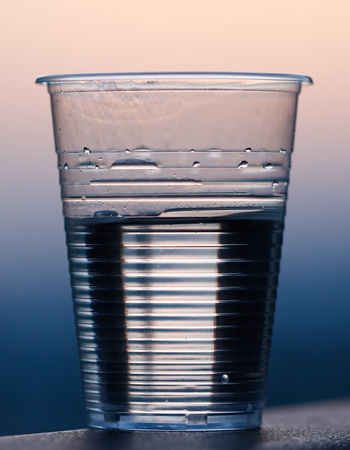 
Given that one study in India found that 92 per cent of patients with hair loss had BPA present in their blood, the possibility that France’s decision to ban BPA and plastic tableware could lead to a drop in the number of new hair loss conditions in the country cannot be ignored.

In fact, BPA is being taken very seriously on multiple fronts, with Breast Cancer UK recently calling for it to be removed from all food and drinks packaging and replaced with safer alternatives.

Their website states that BPA, a man-made chemical, was first synthesized in the 1890s and has been in use in hard plastics since the 1950s. “BPA has been linked to breast cancer as well as to prostate cancer, heart disease, obesity and diabetes,” the organisation notes.

Whether some of these conditions could be caused, even in part, by other issues linked to disposable plastic containers is not mentioned. Correlations such as the likelihood of an increased fast food consumption, given this is predominantly what these are used for, may be worth considering, however.

Interestingly, the city of Oxford was the first in the UK to have prohibited the use of non-recyclable food containers, though the ban seems to be on fast-food containers and is apparently more of a green issue than a health or hair loss related one.

Should BPA itself be sounding alarm bells? Some researchers in Bangalore certainly think so and make a point of testing every new patient's BPA levels. While it is entirely possible to draw a link between the study's findings and hair loss, it is also worth noting that a separate survey in the US found that 93 per cent of an entirely random group of people had BPA in their blood, too. Hair loss influenced by many things


Hair loss can be influenced by so many things that a cautious approach can be sensible in a number of different walks of life.

The genetic hair loss conditions Male Pattern Baldness and Female Pattern Hair Loss, for example, can both be exacerbated by lifestyle-related factors. While they will occur naturally in people who are genetically predisposed unless prevented from doing so by using clinically-proven hair loss treatments  everything from drugs (illegal and prescription medication) to alcohol and smoking may play a part in speeding things up somewhat.

Diet is also a key part in maintaining good hair health. There are a number of vitamins and minerals needed for strong, shiny hair. Certain dietary deficiencies, iron being a common one, can also cause excessive hair shedding. Therefore, it is important to ensure you follow a balanced diet and, if your every day food intake doesn't quite cover everything, a food supplement can be used to fill in the gaps.

Similarly, an unhealthy lifestyle can be a contributing factor behind the temporary condition Telogen Effluvium. This presents as thinning hair all over the scalp and, although the condition itself only lasts up to six months, for those with the 'balding gene' it can intensify existing shedding or trigger the early onset of androgenetic alopecia.

When any of these concerns arise, the best course of action is to visit a hair loss specialist as soon as possible so that a correct diagnosis can be made. In many cases, conditions can be improved or reversed with a personalised treatment course.