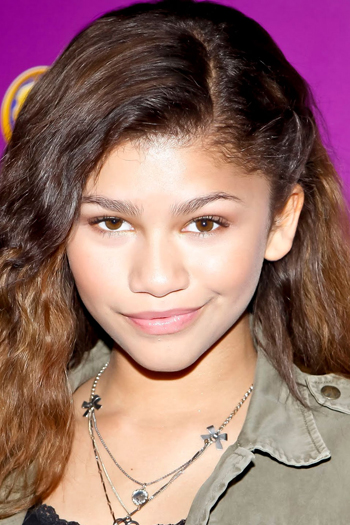 American TV star Zendaya has spoken out about the hair styling treatment she underwent for her first major acting job and how it almost led to hair loss.

Talking to PeopleStyle, the 19-year-old Californian, pictured, explained how the heat styling she endured during the first season of the Disney Channel’s Shake It Up “destroyed my hair.”

“I was only 14 years old and didn’t know how to protect my hair,” she says. “It took over two years to grow it back.”

Heat-styling is a well-documented way of damaging the hair, and while not a hair loss condition in itself, it can certainly lead to hair breakage, which can give the appearance of a thinner-than-normal head of hair.

For this reason, experts advise that these styling tools, which include hair straighteners, curling tongs and crimping irons, are set at a temperature no higher than 180-degrees, and that a heat-protecting misting spray is also used beforehand to reduce damage. As a general rule, however, all heat styling treatments should be kept to a minimum if hair health is important to you - or if you want to keep your colour looking vibrant.

The self-appointed 'hair activist' Guy Tang recently caused an internet sensation when he revealed in an Instagram video - which you can watch by clicking on the image of Guy here - just how quickly hair irons can have a detrimental effect on coloured hair.

Today, Zendaya is a partner of the cosmetic styling line CHI Hair Care, and says that she conditions her hair every day, shampooing it on alternate days. Belgravia hair loss specialist Leonora Doclis has previously stated that around three times per week is about the norm for the average person although this depends entirely on hair type. During consultations, however, a more individual approach can be taken with the result that people are sometimes advised to wash their hair more or less frequently.

Not just heat styling that can lead to hair loss

Visitors to Belgravia typically arrive with evidence or concerns of a known hair loss condition such thinning hair from Female Pattern Hair Loss, or bald patches brought on by the autoimmune disorder Alopecia Areata. But styling damage is often seen alongside existing conditions.

The good news is that in a relatively short space of time, hair can usually start on the path to recovery. This begins with changing a client’s styling regime and can include treatment shampoos and conditioners, as well as products such as Hair Vitalics, a supplement that contains a number of nutrients and vitamins that are important to hair health and strength.

Hair styling can also lead to the hair loss from Traction Alopecia - hair breakage and styling damage is almost always present alongside this truly avoidable condition.

Different from hair breakage because it is the follicles rather than the hair shaft that is affected, Traction Alopecia occurs as a result of certain hairstyles. Frequently wearing tight and/or heavy hairstyles such as braids, cornrows or hair extensions exert immense amounts of tension on the hair which can lead to damaged follicles and hair loss often concentrated around the hairline and at the temples.

Treatment normally begins with a commitment to change the problematic hairstyle, and continues with a bespoke Traction Alopecia treatment course which can often lead to the regrowth of the lost hair providing the damage to the follicles is not too severe.