A Swiss pharmaceutical company clearly thinks it may be onto something with a new topical lotion it has developed that is aimed at helping women whose hair loss has been caused by cancer drugs.
Hot on the heels of a trial of theirs in Korea, the company Legacy Healthcare is now putting together a separate trial in Europe to see how its CG428 cutaneous solution works on people with chemotherapy-induced alopecia. 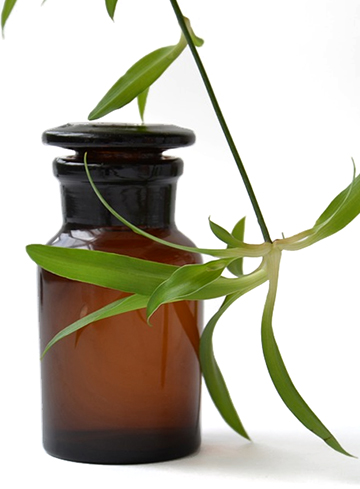 Its stated goal this time is to see how the solution works on 36 women aged 18 or over who are about to undergo chemotherapy treatment; this is slightly different to the Korean study in that the latter was aimed at people who had already experienced permanent hair loss as a result of chemotherapy.
However, the same solution is to be used in both trials, with the Korean one scheduled to have been completed this summer. The solution CG428 is based on a botanical blend which Legacy Healthcare has named Cellium. It is composed of four botanicals which the researchers in the Korean study named as Alliums cape L., Citrus lemon L., Theorem cacao L. and Paullina cabaña.
The Korean team added that this blend “may mitigate the impact of protracted or permanent chemotherapy inducted alopecia in cancer survivors by restoring a normalized apoptotic process of hair follicular cells and reducing the acute, as well as chronic inflammation in the scalp, two issues that may remain unsettled following anticancer treatment.”
The new study is currently recruiting participants and it appears that it will take place at the Lausanne University Hospital in Switzerland, just a few miles from Legacy’s Swiss HQ. Participants, Legacy states, will spray the solution into their scalp 10 times, twice per day. After each application, they will massage the scalp with their fingertips.
The safety, efficacy and tolerability of the solution is to be assessed during this randomised, double-blind trial.

Can herbal solution make a difference?

While some people may wonder whether or not an herbal solution can really make much difference in attempting to tackle something that has been brought on by powerful anti-cancer drugs, it is irrefutably encouraging to see a company so interested in trying to assist people with distressing forms of hair loss.
As well as the two trials investigating ways to help those with chemotherapy-induced shedding, Legacy are also overseeing a trial into the use of a separate botanical solution on children with Alopecia Areata, the autoimmune disease that causes sudden, patchy hairloss.
While Alopecia Areata treatment in adults is quite widely prescribed, some of the most effective options open to them are not currently available to children, meaning that new treatments if effective and cleared for use would be very welcomed. Likewise, there is no ‘go-to’ solution for post-chemotherapy hair loss, though a tailored treatment course from a specialist clinic may help.
Many women who are seeking to avoid chemotherapy-related shedding in the first place try a device called a cold cap. These have a proven track record and in many cases are able to sufficiently keep the chemotherapy drugs away from the scalp (by chilling the head) to minimise hair loss or avoid it completely.
UPDATE [14/08/2019]: This trial has now been completed however the resulting data has not yet been made available to the public. As soon as the findings are released, we will publish an update here on the Belgravia Hair Loss Blog.

Men Are Affected By Hair Loss Because of Cancer Too'

Men Are Affected By Hair Loss Because of Cancer Too'