This latter statement is mercifully only true in a handful of places, notably the USA, where in certain States braiding falls under the remit of cosmetology. In Iowa, that means that practitioners need to undergo an astonishing 490 days of training in order to be properly licensed.

If they do not as an article in Forbes recently highlighted then fines of up to $10,000 and a prison sentence of up to a year are applicable. 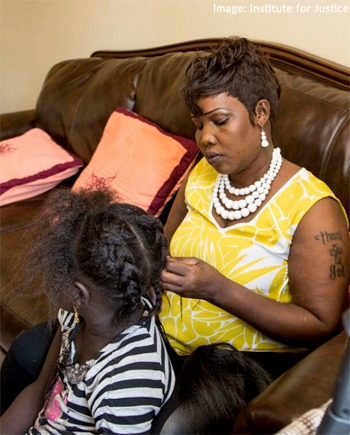 The article focused on the story of Achan Agit (pictured), a South Sudanese exile who moved to the States in 2004. Settling in Iowa in America's mid-west, she soon found work braiding hair, having been something of an amateur plaiter since she was a child. In 2009, she opened her own salon.

When she found out about the licensing laws, she closed down her salon and started operating from her home, working part time and only for friends and family.

Now she is trying to sue the Iowa Board of Cosmetology Arts & Sciences for having such “burdensome and arbitrary” licensing laws.

There is no logical reason for Iowa imposing such heavy restrictions on braiders; most other states make it much easier to operate in this field. Braiding is usually a fairly simple process, and indeed has led to an abundance of hobbyist, part-time and professional braiders. This in turn would perhaps explain why Traction Alopecia is a relatively common condition.

“Traction Alopecia is caused by various forms of styling that place too much stress on the scalp,” says Belgravia hair loss specialist, Leonora Doclis. “Often the culprit is something that has been woven in, such as hairpieces or extensions, but just as damaging is the constant wearing of tight braids.” 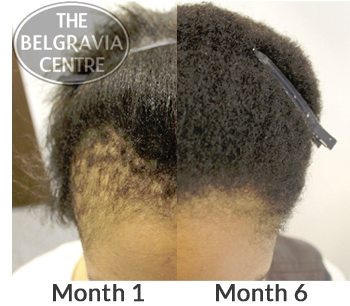 Over time, explains Leonora, the hair follicles become damaged because of the relentless pulling that they are subjected to. The hair becomes brittle, which makes it easy to snap off, and as a result there can be a noticeable loss of hair around the hairline.

“The quickest remedy is to change your hairstyle immediately and thus prevent further damage,” advises Leonora. “If your hairstyle is tight enough or heavy enough to cause you hair loss, it is also likely to give you pretty bad headaches, so take those as a warning sign."

"However, if hair loss is evident then there are specialist treatments that can help nourish the scalp and encourage new hair to grow. It’s always a good idea to visit a hair loss specialist in these instances as Traction Alopecia can be stubborn to treat, and if left too long it can end up causing permanent hair loss.”

Traction Alopecia treatment is usually based around high strength minoxidil which many Belgravia clients have seen produce significant regrowth results in their damaged areas. The treatment is applied directly to the scalp wherever it is needed and a hair loss specialist will show you how to use it, as well as explaining when and how often. Although treatment is possible, this type of hair loss is entirely avoidable so, where possible, try to avoid wearing taut hairstyles and allow your scalp a rest afterwards.