The old adage “you are what you eat” is certainly true when it comes to assessing the health of the scalp, and a poor diet is frequently observed when people with hair loss call on a specialist for advice.

Unfortunately, much of the world doesn’t have a whole lot of say in what they get to eat and when almost half of the world has to rely on rice for their daily calorific needs, it’s little wonder that their vitamin and nutrient levels are often lacking. 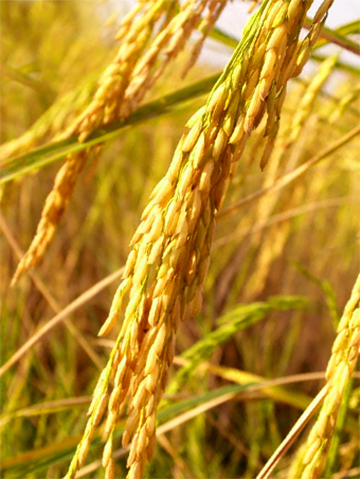 This is because rice is a pretty poor source of essential micronutrients, something that scientists have been trying to address for more than two decades. They made a significant breakthrough in 2000 when a new genetically-modified rice was developed to try and combat malnutrition; rich in vitamin A, it was named Golden Rice and went on to win backing from the Bill and Melinda Gates Foundation.

Since then, scientists have been able to modify rice in other ways in order to provide different nutrients but they were hampered by their inability to create rice which contained more than one of these.

Now, however, scientists at the Laboratory of Plant Biotechnology at ETH Zurich have made a significant breakthrough with the announcement that they can make rice which contains zinc, iron and vitamin A.

All of these three nutrients are essential for hair growth, and their absence from the diets may account for why they are experiencing a drop in hair density, and thinning.

Iron plays a key role in hair health by carrying oxygen to individual shafts so that they can grow, and deficiencies are common among women of a child-bearing age who don’t eat much red meat. They can normally top levels up with iron-rich foods like lentils, egg yolks and spinach.

Zinc, meanwhile, is required for DNA replication and also in the maintenance of hair follicle cell division. Zinc deficiencies can lead to poor immune function and hormonal imbalances and, as with iron, a lack of it in the body can lead to a temporary shedding condition named Telogen Effluvium. Researchers in Egypt have also recently linked low zinc levels with the autoimmune disorder Alopecia Areata, which leads to sudden, patchy hair loss.

Interestingly, vitamin A plays both good cop and bad cop in terms of its contribution to hair health: the right amount helps to produce healthy sebum in the scalp, whereas vomiting, blurred vision and hair loss can result when it is taken in too great a quantity. Because vitamin A is fat soluble, the body takes what it needs and stores the rest, meaning that people do not need to consume it daily.

It is not just in obvious cases of malnutrition that hair health can suffer. In the West, changes in diet - particularly increased sugar consumption and rising levels of oxidative stress in young men - are believed to be large drivers behind the rising number of hairloss cases, as well as the increase in early onset or premature male pattern baldness. 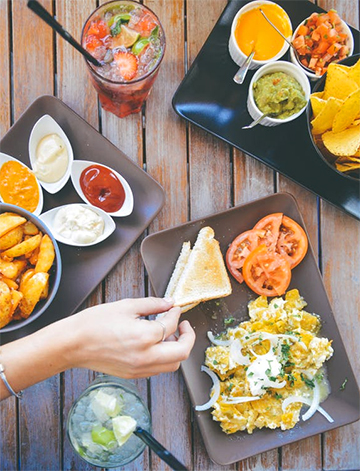 A 2015 study also reported that around 4 million people in Britain do not drink enough water and are dehydrated as a result. This can lead to dry, dull and thinning hair, as well as breakage.

Even in cases where hair loss is hereditary, due to a genetic predisposition as seen in cases of male pattern baldness and female pattern hair loss, this can be influenced by diet and lifestyle. Genetic hair loss can be brought on earlier, and the rate of shedding may be accelerated if the condition is already present, if the body is in any way stressed or 'unbalanced'.

This is why, when people consult a hair loss clinic for help with bald spots or thinning hair, their diet and lifestyle is often taken into consideration. Understanding dietary anomalies and lifestyle factors that may trigger or exacerbate shedding is just one part of the puzzle, though.

At Belgravia, hair loss treatment is customised to suit each client's individual needs and condition. These are generally centred around topical applications of high strength minoxidil, with extra assistance coming from appropriate hair growth boosters. For those who feel they are not getting enough nutritional support from their diet alone, a highly-targeted hair growth supplement such as Hair Vitalics can be a useful addition. These potent, one-a-day 'for Men' and 'for Women' formulations contain key vitamins, minerals, botanical extracts and amino acids to benefit the hair and promote healthy hair growth.

The Zurich team hopes to perfect their work in the coming months with a view to growing a full crop of its new super-rice in 2018. Wider production, however, looks unlikely for a number of years yet.