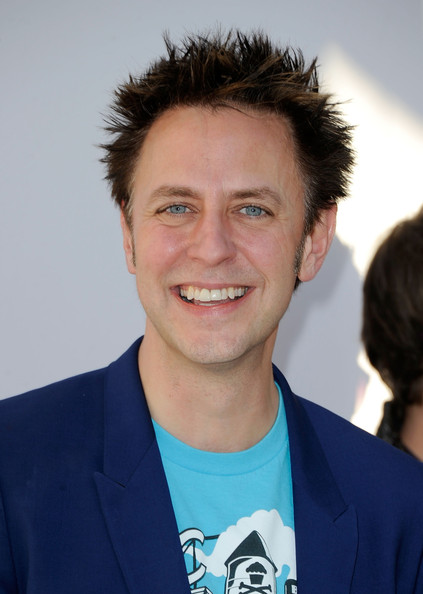 She shocked fans at Comic-Con last week by removing her wig to reveal a shaved head in preparation for starring in a new film, and whilst many responded positively to the brave decision, a few fans of Karen Gillan haven't taken her decision lightly.

However, rather than aim their comments at Gillan herself, the angry fans instead attacked the director of upcoming flick Guardians of the Galaxy, James Gunn, who took to his Twitter account in protest, saying: "If you are sending me hate messages about making @KarenGillan2 shave her head, you might consider the overall state of your life."

"Everyone should shave their heads"

The former Dr Who star, who had tricked fans by wearing a wig the day before her big reveal at the science fiction convention said: "It's liberating. I think everyone here should shave their heads." The response at Comic-Con itself was hugely positive, with fans cheering as Gillan threw her wig into the crowd.

Happily, not all fans on social networking site Twitter have been so confrontational. One user said: "Nothing but love for you and Scottish cueball from me, man!"

There has been an encouraging trend of women choosing to cut their hair short or shave their head for roles, and the largely positive reaction of the public will be a comfort to women who go bald without making the choice to do so. From Emmerdale actress Lesley Dunn to movie star Anne Hathaway, women are no longer relying on skin caps to 'fake' hair loss.

Hair loss in women can have a lot of different causes. From the genetic condition female pattern hair loss, which requires a hair loss treatment plan to prevent it from slowly worsening, to short terms hair loss conditions such as telogen effluvium and hair loss from cancer treatment, losing hair can be a scary and difficult experience for many.

If you're losing hair and are unsure why, getting blood tests to rule out certain causes is the first step. From thyroid problems to nutritional deficiencies, treating hair loss is often about tackling the underlying issues as well as the actual shedding.

If blood tests are inconclusive, it may be that chronic stress, a sudden shock, illness, or stopping taking the birth control pill is to blame. In general, hair loss that occurs in this way will grow back by itself, but sometimes hair will not fully recover, and this is when the one medication licensed by the MHRA and approved by the FDA for use as a female hair loss treatment, minoxidil, can come in useful.

Minoxidil is a topical treatment, and is applied twice a day in a strength decided by a hair loss specialist based on your individual case. For stubborn hair loss and for patchy hair loss caused by alopecia areata, our unique high strength minoxidil cream can produce brilliant results. Minoxidil is combined with a variety of hair growth boosters to create a comprehensive treatment plan, and our hair loss specialists are available seven days a week for support.