Hair Testing for Drug Use - What You Should Know

Forget all you’ve ever heard about redheads being fiery and blondes being ditzy, the colour of one’s hair does not dictate their character, but experts say that hair can tell them about a person’s drug habits. Hair testing might soon take over urine testing for drug use, according to a report by The New York Times, and illegal substances are not the only secret that your hair could be harbouring.

Reports show that since drug testing among employees began in the 1980s, the number of those who tested positive has steadily declined by almost 10 percent. However, it is thought that some candidates might be stopping their use of drugs in the lead up to the test, rather than ceasing drug use altogether. So scientists have suggested a newer technology, and it is slowly gaining acceptance among employers. 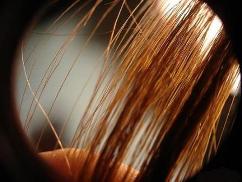 “Testing of urine specimens can detect a single instance of drug use in the prior one to three days, while hair testing can detect a pattern of repetitive use over a period of up to 90 days,” according to Quest Diagnostics, which administers many drug tests for job applicants.

A standard hair test can detect a range of drugs, such as marijuana, cocaine, and methamphetamines, like ecstasy, to name a few. Along with a wider window of detection, and despite what some products advertise, there is no known way of messing around with the hair to falsify the test results. Even baldness is not an issue. Hair can be taken from almost any area of the body for the test.

Human hair is very sensitive to lifestyle and environmental influences. Drugs, whether ingested orally, smoked, snorted, or injected, are processed in the body and enter the blood stream. When they reach the hair follicles, a little bit of them is absorbed by the hair as it grows and this marker remains there indefinitely.

But hair is not only indicative of a person's drug habits, it can also reveal a myriad of health concerns, such as stress and anxiety problems, thyroid conditions, and malnutrition. And in fact like these conditions, drug use in some instances will not only be recorded in the hair, but also lead to possible hair loss.

“Sometimes the hair loss is a secondary effect of drug intake,” said Leonora Doclis, hair loss specialist at The Belgravia Centre.  “Particularly cocaine, due to malnutrition as most regular users do not tend to have the appetite to eat healthily.” Other times, the use of drugs causes such a shock to the system that the follicles will push the hair out prematurely, leading to sudden and excessive hair loss.

Ceasing drug use and maintaining a healthy balanced diet may be enough to let the body rebalance itself naturally, but specialists may recommend certain hair loss treatments if the hair hasn’t grown back within six months.

For more information, or to book a free hair loss consultation, contact The Belgravia Centre on 020 7730 6666. The online diagnostic form - a quick and easy way of gaining specialist analysis and recommendations for your specific condition - is also available for those who cannot visit the London centre.