Hair Styling Obsession Made Girl's Hair 'Fall Out in Clumps'

Although lots of us enjoy trying out new hairstyles, many are unaware of the dangers of styling damage from the over-use of heat styling tools such as hair straighteners, to chemical hair relaxing and perms. Jelani Addams Rosa, a 24 year old journalist, recently spoke to Seventeen magazine about how her hair styling obsession damaged her hair and caused it to fall out 'in clumps'. 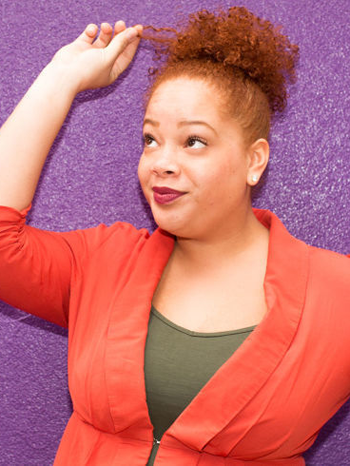 Chemical styling from a young age

As a young child, Jelani recalled her mother styling her afro hair and crying because "she pulled too hard" when putting it into a bun or braids. In order to simplify the process, her mum started applying a chemical texturising cream to Jelani's hair first - "like a relaxer, but gentler" - to make it easier to deal with.

When she took over doing her own hair the schoolgirl also wanted to tame her "tons and tons of curly red hair" so, when she reached 6th grade at school and the trend for poker-straight, flat ironed hair came in, she decided to try hair straighteners out. After finding it took 'hours' to manually straighten her thick, course hair she decided to get it chemically relaxed.

Unfortunately, that didn't work out either, as Jelani explains in Seventeen magazine: "Once I started high school and realized relaxers were so not low maintenance between having to make sure you're relaxing new growth, trips to the hair salon for a blow out every other week, and constant deep conditioning treatments to restore the moisture the relaxer sucked out of my hair I was determined to have curls again. I didn't want just any curls, though. I wanted the loose beach-y waves that had become popular at the time".

As her natural curls were not the look she was going for, Jelani then opted for a perm.

Bald spot in the middle of her head

The wavy permed look was a success and solicited many compliments from her high school friends; but after her first post-perm hair wash, the then 13 year old's hair loss problems started.

"When I got in the shower and began shampooing, my hair felt a little more tangled than usual, so I moved on to conditioning it. Once I had conditioner in my hair, I raked a wide-tooth comb through it to detangle it, pulling a softball size clump of strands out of the middle of my head," she recounts. "I immediately froze with panic... what looked and felt like all of my hair, was no longer on my head... I ran the comb through my hair a second time. But the more I combed, the more hair fell from my head. I didn't even have to comb it; just touching it caused my hair to fall out... I had a huge bald spot right in the middle of my head."

As her parents refused to let her stay home from school, Jelani managed to conjour up a hairstyle that would hide her hair loss. Every day for the next three years she wore her hair slicked back into a bun, covering the bald spot, and wore a fringe - straightened with flat irons - to hide her forehead, which was another point of insecurity for the teenager.

Straightening hair up to 10 times per day 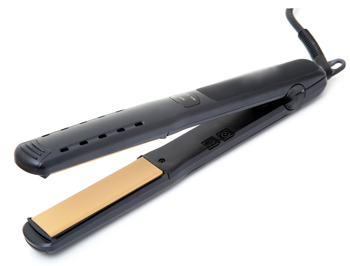 By the time she entered her senior year the hair on her bald patch had regrown naturally so she could wear her hair down again. Despite continuing to wear her bun most days, Jelani started heat-straightening her hair for special occasions. Due to the number of events seniors were required to attend, this led to a lot of straightening, which took her two hours the night before and 20 minutes the following morning, to perfect each time.

"My teachers complimented me, guys who never noticed me before said I looked nice, and even girls I'd never spoken to would tell me I had nice hair. The compliments made me want to straighten my hair more often, and by the end of the year, I was flat ironing it every day. I even brought my flat iron to graduation and spent the entire hour backstage touching up my hair trying to combat the 95 degree sweltering July heat.

By the time I started college in the fall, having perfectly straight hair became a crucial part of my self esteem... I'd never had a serious boyfriend in high school, so I especially loved the attention I was getting from guys, and almost all of it started out with a compliment on my hair, so I made sure it looked good all the time. I woke up early every day to flat iron it before class, then would leave on my iron so it was hot between classes for touch ups. I was flat ironing my hair anywhere from 3-10 times a day".

Jelani says that, although she knew from experience about the effects of chemical hair damage, she had no idea about the dangers of heat-styling.

"What happened to your hair?"

The more she straightened her hair, the more Jelani's hairdresser had to cut off each time she went for a trim, admitting "...by the time I was halfway through my freshman year I officially had a bob". But still she did not make the connection between her excessive use of hair straighteners and the condition of her hair.

Jelani only decided to change her styling routine when she met up with her old school friends during the holidays, and received some unexpected, hurtful comments "as soon as I saw them the first question was, "What happened to your hair?" A close friend of mine said it looked like it fell out again, and another told me it looked broken and fried".

Instead of ditching the heat, Jelani started visiting her hairdresser once every week for a wash and set, hoping the conditioning treatments they applied would combat her hair's frazzled appearance. This went on for two years but still people told she looked like she was 'balding'.

"I was heartbroken I felt like I was 13 years old again, crying in my bedroom over my hair", she says. "Around this time the natural movement had begun to pick up, and more and more people were embracing their natural texture and giving up relaxers and flat irons. While I hadn't chemically treated my hair in years, the damage had been done, and going natural seemed to be my only option".

Dealing with hair loss and breakage

Although it felt daunting, Jelani embarked on a heat-free year where she gave up her flat irons, curling tools and even her hair dryer. She started to wear her hair naturally and only went to the salon for a wash and set on special occasions. 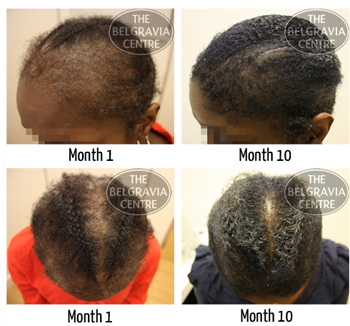 She had her hair cut short to remove the parts affected by hair breakage brought on by excessive heat styling and years of chemical damage, leaving behind healthy, natural hair. This was a turning point for Jelani who admits that, although it is healthier, her hair is now thinner than before.

She said, "I was terrified to give up the little length I had, but once I committed to a shorter haircut my hair was ten times healthier. Embracing my natural hair changed my life in ways I never even considered: I was no longer afraid to get stuck in the rain, or go swimming with my friends, or sweat when I exercised. These days, my curls look better than they ever have. They still never full recovered from the years and years of heat and chemical damage [but] I'm hoping that as I continue to take care of it, some of that length and thickness will come back...".

Other options for dealing with the type of hair loss conditions experienced by Jelani due to chemical and heat damage include topical applications of high strength minoxidil. This type of topical hair loss treatment has been seen to produce significant results in cases of Chemical Trauma or Traction Alopecia which can cause patchy hair loss in areas affected by styling damage such as chemical treatments or frequently wearing too-tight hairstyles, like Jelani's bun.

Anyone concerned by hair loss like Jelani's would do well to visit a hair loss specialist for an expert assessment of their cause and stage of shedding, as well as personalised advice on the best way to nurse their hair back to health.

How to Avoid Hair Loss from Traction Alopecia

How to Avoid Hair Loss from Traction Alopecia