Boxers may be considered tough, both mentally and physically, but that doesn't mean they don't have their weak spots. 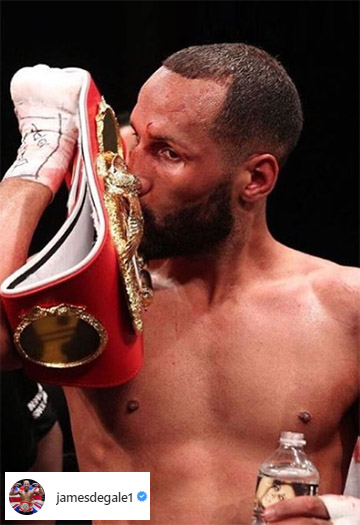 For Olympian and IBF world title-winning James DeGale MBE, his was his hair loss - so he decided to do something about it.

Unhappy at what he described as 'going bald and looking like an old man', he decided to undergo hair restoration surgery to fill in his thinning crown and edges.


The majority of DeGale's thinning involved frontal hair loss; he had a receding hairline which - according to an interview with his surgeon, Dr. Chaudhry, in The Sun - he had first started to notice in his teens.

Male Pattern Baldness - the cause of the 32 year old's shedding - may often be thought of as an issue related to ageing, however, its onset can actually begin any time following puberty in those with the relevant genetic predisposition. Thought to be due to many modern pressures which can influence the condition, the age at which hereditary hairloss begins appears to be getting younger.

"It was affecting how he was feeling about himself and rather than spending time and energy worrying about his hair and how to cover the hair loss, he decided to get professional help," says the hair transplant surgeon, explaining the British fighter's decision.

Many Belgravia clients express similar sentiments, with many citing the negative effects of hair loss on their self-confidence as a reason for seeking professional advice. Unlike James DeGale - whose moderate level of thinning as seen in photographs also suggests that surgical intervention was far from his only option - they often choose a non-surgical hair loss solution.

There are two clinically-proven, MHRA licensed and FDA approved men's hair loss treatments which can be chosen in the appropriate formulations and further combined with additional hair growth supporting products to form a personalised course based on a client's level and pattern of shedding. 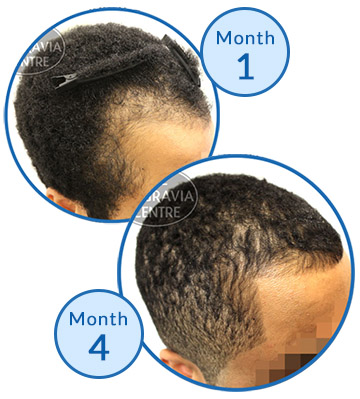 
When it comes to treating a receding hairline, the type of triangular hair loss experienced by the London-born super-middleweight can be stubborn. This is because the hairs in the temple areas are the slowest on the scalp to regrow. That said, with the right combination of oral and topical solutions, effective hair growth is often still entirely possible in these areas whilst the hair follicles are functional. If baldness - where the skin takes on a shiny, smooth look - has set in before treatment is sought, then surgery is the only potential option as the follicles will no longer be capable of producing hair.


Though awareness of hair transplant procedures and what they involve appears to be better than ever, something that is perhaps not as widely known is that it is still possible to continue to lose your hair afterwards.

Donor hairs that are grafted into the areas of the scalp with thinning hair are taken from the back or sides of the head, given Male Pattern Baldness only affects the hair follicles located along the vertex, anywhere from the hairline to the crown and temples. As such, even in their new locations, these hairs remain insusceptible to the effects of DHT - the hormone which men with pattern hair loss are sensitive to and causes their hair to thin, recede and fall out.

The original hairs which are not replaced still do remain at risk of follicular miniaturisation from DHT, however. So many surgeons recommend following a pharmaceutical hair loss treatment course on an on-going basis after surgery to preserve the overall look and to help in preventing baldness. It is also common for potential transplant patients to be asked to try hair loss treatment for 6 to 12 months prior to their operation in order to maximise their hair growth and reduce hair fall, making the area easier to work with.

When men's hair loss is not severe enough to warrant surgical intervention, they may end up wishing to avoid the op altogether - something numerous Belgravia patients have mentioned to us after seeing the results of their treatment over a period of six months or so. This may be one of the reasons a recent poll found that British men seem to be losing interest in hair transplant surgery.

Exercise and Hair Loss – The Dos and Don’ts

Exercise and Hair Loss – The Dos and Don’ts