A recent survey has revealed that South African men are more concerned about hair loss than erectile dysfunction. The survey was carried out by an independent research firm working in conjunction with Alpecin Caffeine Shampoo, with 600 men in Durban, Cape Town and Johannesburg taking part. 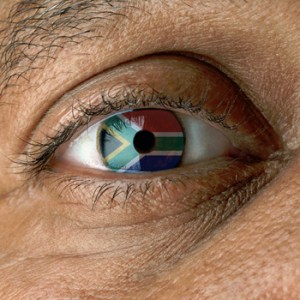 Almost 40% of men polled between the ages of 20 and 65 were experiencing signs of male hair loss. For men aged 36 to 55, this figure rose to 75%, with men of this age claiming hair loss was of greater concern to them than bad breath, body odour or erectile dysfunction only issues relating to their weight concerned them more. The survey also revealed that 25% of men felt balding would affect how attractive their partners found them, whilst almost 35% believed it could negatively impact their social lives.

The first signs of hair loss

Of the 600 men who responded, 22% showed early signs of male pattern hair loss, with a combined total of 17% experiencing serious hair loss problems or near baldness. Almost 50% of men questioned said they would be happy to spend money on hair loss prevention, with men who were separated, divorced or single willing to spend more than those who were married.

Almost 40% of men who participated in the survey and were experiencing thinning hair said they were seeking hair loss treatment of some kind.

Dr. Colina Line, a chairperson for the SA Depression and Anxiety Group and Clinical Psychologist, explained the link between hair loss and self-esteem:

“If a full head of hair is so closely associated with youth, health and vitality, it is clear why significant hair loss is so devastating in men. Studies have shown that men who have significant hair loss especially prematurely experience greater difficulty interacting with the opposite sex. In our appearance-obsessed society, there is pressure to look youthful and hair, along with other physical attributes, is seen as a significant part of one's identity and status in society.”

It is important to seek treatment for hair loss as soon as you notice the first signs occurring, as the earlier the intervention, the greater the likelihood of success. Whilst there is no 'cure' for hereditary hair loss (male pattern baldness), there are medically-proven treatments available that can help prevent further hair loss and encourage healthy regrowth.