The unbridled joy of having a baby can be somewhat dampened for some women by the shock at seeing their hair suddenly thinning out. Fortunately, the former is usually a more powerful emotion than the latter, and in most cases hair lost to Post-Partum Alopecia will grow back of its own accord within a year.

But for American actress and writer Molly Erdman, hair loss struck before her daughter Valerie was even born leading to an especially difficult pregnancy during which Molly saw her hair disappearing on a near-daily basis. 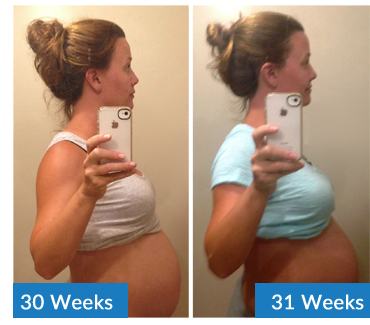 Started with an itchy scalp

Writing in the Huffington Post, Molly says that towards the end of her second trimester she started experiencing a really itchy scalp. “It was relentless,” she says, “and just as it was subsiding my hairstylist discovered a quarter-sized bald patch on the back of my head.”

The writer says that she had already started to notice the amount of hair she was leaving on her comb and was temporarily relieved to think that it was perhaps all coming from this one spot. “But the hair just kept coming out,” she says.

In two pictures posted with the article taken at 30 and 31 weeks there is a huge difference in the volume of hair bunched up at the back of Molly’s head. “My hairline had receded about half an inch,” she says, “My part was wider, and a hair elastic could be wrapped around my ponytail five times instead of two.” 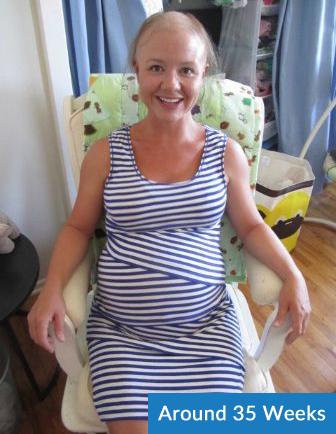 The shedding worsened, and in the ensuing weeks Molly’s hair became so thin she couldn’t go anywhere without wearing a hat or bandana.

Her mother suggested that hypothyroidism might run in the family, and tests revealed that she did indeed have low thyroid levels.

Treatment began, and Molly reasoned that this was a possible reason for the hair loss hypothyroidism is known to lead to hair shedding from the scalp and a thinning of the eyebrows. The medication used to treat it - Levothyroxine - also lists hair loss as a side-effect. 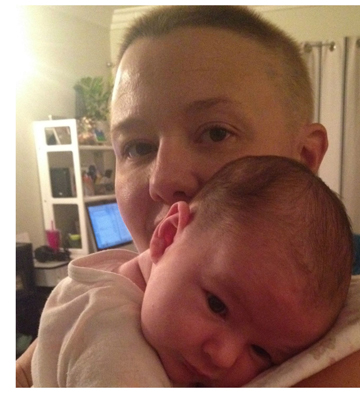 She says that having loved the first six months of her pregnancy, she felt like a cloud now hung over it.

Eventually, she asked her husband to shave off what little hair she had left. While briefly liberating, Molly says that she now worried that everyone would think she was a heavily pregnant woman with cancer.

Luckily, within a few days of her daughter’s birth, hair started to reappear on Molly’s head and after about three months it was “passably normal”.

Today, she says, she has a full head of hair and is seeing a specialist for her thyroid complaint but the memories of her challenging pregnancy are difficult to shake off, which is why she wrote the article. “What I really wanted to do was to write the thing I so desperately wanted to find out when I was losing my hair,” she says. “I wanted to read about someone else going through it and emerging on the other side.”

Hair loss from thyroid disorders and medication used to treat them is generally either Telogen Effluvium or the more severe Chronic Telogen Effluvium. There are treatments available to help promote regrowth although the underlying cause does need to be addressed. Where the root cause is an illness, once this is being treated the associated shedding should stop and hair should regrow naturally. Thinning related to medication side-effects should not last longer than 3 to 6 months and, once your body gets used to it, again, your hair should grow back of its own accord. This can take more than 12 months so, as long as you are not pregnant at the time, treatment for Chronic Telogen Effluvium may be beneficial in helping this process.