The Little Princess Trust, a well-regarded UK charity that provides real-hair wigs for children whose hair loss has been caused by the autoimmune disorder Alopecia Areata or by cancer treatment, has recently expanded its work into an exciting new area.

As well as continuing to provide wigs to children who need them, the charity has pledged just over £500,000 to help fund eight research studies that will explore a number of childhood cancers.

New area for the charity

It is a completely new area for the 10-year-old charity, which has given away more than 4,500 wigs to children over the past decade (1,100 of which were donated in the last year alone) and is a reflection of just how much they continue to touch people’s hearts and inspire fundraising efforts all over the country. 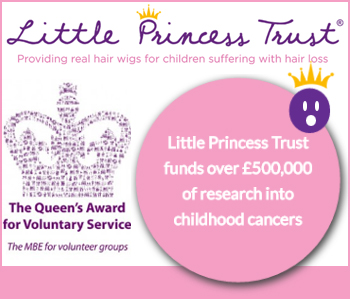 Wendy Tarplee-Morris is the co-founder of the charity and set up The Little Princess Trust in 2006 in memory of her five-year-old daughter, Hannah, who died the year before. She told her local newspaper, The Hereford Times: "Up until now we have been dealing with the consequences of treatment. It would be amazing to think one day we might contribute to something even greater."

On their website, the charity adds: “In line with our original objectives, we also really wanted to support the development of less aggressive and less toxic cancer treatments, and earlier this year we were in a position to invite applications for funding from academics and organisations involved in researching the causes of paediatric cancer.

“After rigorous review by our Research Advisory Group, we have now committed to funding eight research studies, with a combined value of just over half a million pounds. The selected projects include studies into brain tumours, non-Hodgkin lymphoma, neuroblastoma and acute lymphomblastic leukaemia. And this is just the beginning! Following the success of this round of grants, we will shortly be launching further research funding opportunities in partnership with the Children's Cancer and Leukaemia Group.” 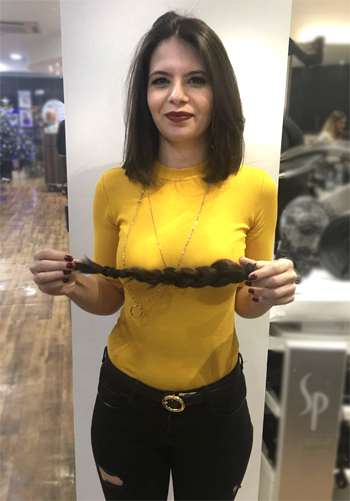 Difficult to treat in children

Alopecia Areata in children under 16 years of age can be difficult to treat as they do not have the same treatment options available to adults. For many youngsters, a diagnosis is the start of an emotional rollercoaster ride that often includes false hopes when hair starts to regrow and then falls out again, as well as bullying and self-confidence issues. It can be especially difficult when children are in their teenage years.

Hair lost during cancer treatment can lead to equally troubling times for children, though in many cases hair will eventually grow back of its own accord in a year or less. A bespoke, real-hair wig, of course, can help make the experience significantly less stressful.

A common misconception is that the Little Princess Trust helps only girls when, in fact, it helps both boys and girls. The boys charity, which comes under the Little Princess umbrella, is called Hair 4 Boys and is also accessible via the Little Princess website. The charity relies on public support, via hair donations - like that made by Belgravia reception manager, Roxy, pictured - as well as financial contributions in order to help children in need of its serviecs.

Now in its 11th year, Belgravia looks forward to continuing to support this fantastic charity which looks set to capitalise on the huge boost it received during its stellar centenary year in 2016.

Girl, 4, Donates Her Hair to Make Wigs for Children with Cancer

Girl, 4, Donates Her Hair to Make Wigs for Children with Cancer

Brand’s Supportive Gifts for Friends with Hair Loss from Cancer

Brand’s Supportive Gifts for Friends with Hair Loss from Cancer