Hair care company Monat, which claims to use 'naturally-based, safe, pure and sustainable' ingredients, is on the receiving end of multiple lawsuits, with one alleging its products are causing 'significant hair loss and scalp irritation to many consumers'.


The company, which was established in 2014, generates the majority of its business through word-of-mouth sales. It actively dismisses negative accusations, occasionally going down the legal route. North Carolina native Vickie Harrington was sued by the company, which claimed she used Facebook to "relentlessly disparage" its haircare range, and "falsely represent" that it caused scalp damage and hairloss. 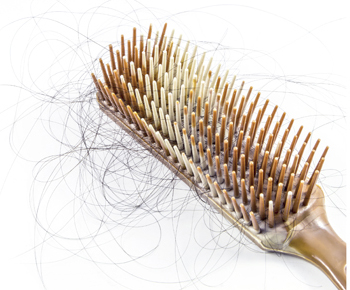 Monat has set up a website in a further attempt to dispel negative claims - it also explains the science behind the line and its claims with regards efficacy. However, as the products fall under the category of cosmetics, not drugs, the company's studies do not need to be reviewed by an outside regulatory body.

The U.S. Food and Drug Administration (FDA) is currently assessing 187 adverse event reports related to Monat products, and over 500 complaints have been filed with the Better Business Bureau in Florida where the hair company is situated.


In the midst of these lawsuits, many people have come forward to offer their own less than ideal experiences with the brand, as reported on KTNV's website.

"I took a picture of my hair, compared it to a picture of before I started Monat, and my eyes just filled up with tears", revealed Erin Ostby, who had used and sold the range. "It was so thin and it was stringy and I was just sick".

She continued, "I was vacuuming every day because I was losing so much hair. And I think I was in denial. I didn't want to believe it was the product".

According to dermatologist Marie Jhin, "It sounds like from all the lawsuits that something is causing the scalp to get very irritated, and by causing inflammation, some of the hairs are breaking". 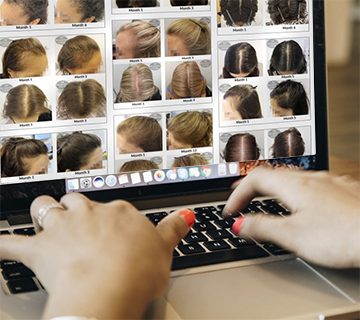 
Following a doctor's appointment, Otsby revealed that, "there was nothing that pointed to a reason - besides product use - of why I lost my hair".

If this is the case, then Monat's products may be causing hair breakage or, where shedding occurs, Telogen Effluvium. This hair loss condition results in diffusely thinning hair from all over the scalp, but it is temporary, lasting generally no longer than six months once the underlying cause has passed or been dealt with.


Numerous factors can cause or accelerate hair loss, ranging from genetic make-up, in the case of Female Pattern Baldness, to a sudden change in hormone levels, the latter being particularly common among women.

This was one of the pertinent points brought up during a class-action lawsuit involving a cleansing conditioner product from Wen by Chaz Dean. Whilst unprecedented numbers of women claiming it had caused hair loss came forward - to the point where the FDA issued a warning and carried out its own investigation - the company argued that there were so many different potential causes of hairloss that its product could not be pin-pointed as the precise trigger. This case was later settled out of court.

If any adverse side-effects are experienced from a haircare product, it is imperative its usage is stopped, making sure all traces are rinsed from the hair and scalp using cool water so as not to cause further aggravation.

Depending on the severity of the response, medical assistance should be sought or an appointment booked with a hair loss specialist who will be able to assess the condition.

After providing a full diagnosis, they can then recommend a personalised hair loss treatment course, where necessary, and comprising additional hair growth boosters as appropriate. On-going support and monitoring should help hair return to fighting form.

Is Not Using Shampoo Good for Hair Loss?

Is Not Using Shampoo Good for Hair Loss?