Guardian journalist Arwa Mahdawi, who writes about everything from feminist issues to US politics for the newspaper, has opened up about the hair loss she endured as a result of teenage anorexia.

The writer says that her struggles with food began when she was 14, living in New York, and felt uncomfortable by the changes her body was going through because of puberty. In an attempt to make herself smaller, she started a punishing exercise regime and began watching what she ate. The pounds soon fell off. 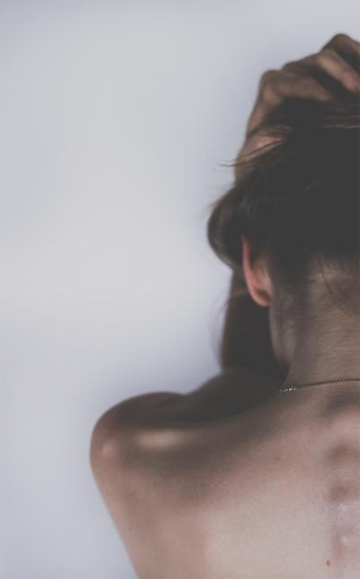 Start of a "a brand"

Instead of making her less noticeable, however, this skinnier new-look meant Ms Mahdawi attracted the interest of the popular girls at her school. “I wasn’t just the dorky girl with an English accent and an Arab name,” she writes. “I was skinny I was the skinniest. I had a brand.”

But then came the hair loss. Ms Mahdawi explains that a clump of hair fell out in her hand when she was in the shower one day though she had suspected she’d been shedding hair for some time. “Hair loss often happens with anorexia: the medical name for it is Telogen Effluvium,” she writes. “Basically your starved body enters crisis mode and concentrates all its energy on staying alive. Luxuries like maintaining a full head of hair are quickly cut from your body’s energy budget.”

Although mostly experienced by women, Telogen Effluvium can also affect men. This temporary hair loss condition causes thinning hair all over the scalp and can, in some cases, trigger or accelerate androgenetic alopecia (male or female pattern hair loss) in people with an existing genetic predisposition towards this permanent, hereditary condition.

Telogen Effluvium is far from uncommon, and Ms Mahdawi’s explanation as to why it happens is as good as any. It generally takes around three months from the trigger incident to become noticeable and can be brought on by eating disorders as well as a great many other factors. These include severe emotional stress, dietary imbalances, birth control pills and certain other medications. This type of hair thinning can also occur after having a baby and is commonly known as postpartum alopecia in this instance.

What is reassuring to many women and Telogen Effluvium affects far more women than men is that the condition will often fix itself in up to six months. Once the body has decided that the trigger incident has passed, normal service will resume in many cases although some women choose to give themselves the best chances of recovery with a tailor-made Telogen Effluvium treatment course that has been created for them at a specialist hair loss clinic, such as Belgravia.

For Ms Mahdawi, the moment she started losing her hair proved to be a significant turning point in her life. She writes: “Holding a fistful of my hair, something inside me clicked. I realised what I’d done to myself and, for the first time since becoming sick, I actually wanted to get better. So I set about doing that.”

Today, she says that she has a “normal” relationship with food but points out that she sometimes struggles to understand what “normal” means when women’s self-worth is so inexorably tied to their weight. “The same can be said of our hair,” she writes. “Like many things in life, you don’t realise how important your hair is until you start to lose it.”