Hot on the heels of a study in India into the link between hair loss from Male Pattern Baldness and BPH (benign prostatic hyperplasia), which is an enlargement of the prostate, findings from Greece have reiterated the notion that genetic hair loss should be re-categorised as an indicator of potential medical problems.

Adding weight to the Indian study, which found that men with advanced genetic hair loss were more likely to have an enlarged prostate, which can lead to a variety of bladder problems, doctors have also now linked male pattern baldness to cardiovascular disease. 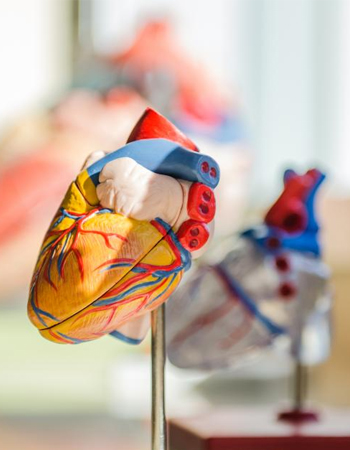 
Dr Tillmann Jacobi, writing about the Greek findings on GPonline.com, states that “general practice is in a great position to offer preventive advice and early detection of asymptomatic risk factors or conditions in a wide, unfiltered selection of patients.”

He goes on to explain how the Greek study examined earlier research suggestions that there may be a link between male pattern baldness and aortic stiffness and also impaired coronary microcirculation in men who have untreated hypertension.

In tests on 101 men with male pattern hairloss, it was found that those with advanced baldness had significantly impaired coronary flow.

Writes Dr Jacobi: “The findings add evidence to previous proposals that there is a direct association between AGA (Androgenetic Alopecia) and cardiovascular risk. This means that alopecia may need to be redefined from a cosmetic problem to a potential prompt to opportunistically check BP, particularly in young patients, which a GP might not do routinely.”

Male pattern hair loss is quite often brushed off no pun intended by GPs who view it as a cosmetic issue. And yet for many men who suddenly notice that their hair is shedding, a visit to the doctor’s is frequently their first port of call.

While some GPs are sympathetic, many are less so and there is also little they can do in terms of treatments, as the two clinically-proven genetic hair loss treatments  Finasteride 1mg and High Strength Minoxidil are not currently available on the NHS in the UK.

At Belgravia we frequently hear from clients how they were given short shrift at their local doctor’s surgery after visiting to talk about how losing their hair was worrying them.

It is also not unheard of for one of the Belgravia team to identify a related health condition that has triggered or contributed to excessive shedding. The client's dedicated advisor can then work in tandem with their GP on treatment for both the underlying illness and the resulting hair loss.

One client wrote in to say that Belgravia’s senior hair loss specialist Leonora Doclis “advised me to return to my GP and get a referral to a dermatologist and for a biopsy as she thinks I have Fibrosing Alopecia which my GP did not pick up on when I first sought advice.”

Another client a female in her 20s said that her GP was “very unhelpful” when she sought help after losing nearly all of her hair to sepsis. A year after treatment at Belgravia she wrote in to say that she was enjoying “amazing results.”

In some instances, thoughtful doctors will refer their patients to us directly so that they can get the help they are looking for, as was the case with Sam.

Adds Leonora: “We quite often see people whose hair loss is linked to either an existing health or lifestyle issue - anaemia, smoking, thyroid conditions - and I think the latest findings do highlight how the medical community could take hair loss conditions including Male Pattern Baldness a little more seriously. They are not just 'cosmetic' problems - many men and women find losing their hair incredibly mentally distressing.”