Rumours are circulating that Prince Harry is considering preventative action to ensure that he doesn’t experience extensive hair loss like other members of the royal family. With constant speculation about his and William’s receding hairlines, he is said to feel self-conscious about his thinning hair. 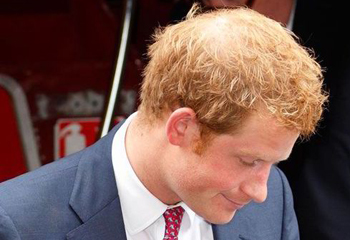 Sources suggest that Harry has been using a hair loss product for several years in order to try and halt his hair thinning. Although Harry has retained more of his hair than older brother Prince William, he appears to be developing a thinning crown - one of the typical signs of Male Pattern Baldness.
This type of hair loss is genetic and, as his father and older brother have both suffered from hair loss, the likelihood of Harry also experiencing thinning is high. Male hair loss can be passed down from both sides of the family tree - inherited from your mother or father's blood line. Unfortunately for the ginger prince, the Spencer men on his mother’s side also seem to suffer from hereditary hair loss. 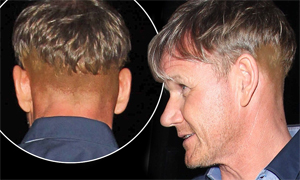 According to reports, Prince Harry is so worried he is going to end up with bald patches like his brother Prince William, that he has taken advice from chef Gordon Ramsay, who has allegedly urged Prince Harry to undergo a hair transplant. Gordon Ramsay is rumoured to have undergone at least two FUE hair transplant surgery procedure to restore his receding hairline.
However, although surgery can help deal with the signs of hair loss, a course of medically-proven male hair loss treatments would still need to be followed both before the operation. 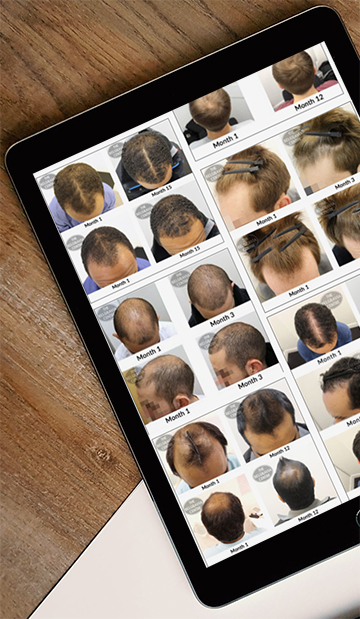 This is recommended by surgeons in order to stabilise hair loss prior to surgery, and afterwards as a maintenance plan to avoid further post-transplant hair loss from areas that may be affected by male pattern baldness but were not replaced during the operation.
As Harry still has quite a large amount of hair, a course of hair loss treatment featuring finasteride 1mg and minoxidil could help strengthen his existing hair and prevent further balding without the need for invasive surgery with all of its associated risks.

Although it has been reported Prince Harry has been using a “Rogaine style” product, he may see more success from a comprehensive, personalised hair loss treatment programme customised specifically for his condition, stage of hair loss, and medical profile.
Treatment programmes featuring Propecia to counteract the effects of DHT - which causes balding - and high strength minoxidil formulations to promote healthy regrowth, have produced promising results for many of Belgravia's male hair loss clients, though each product can be used individually too.
The good news is that by taking action early Harry has the best chance of retaining and regrowing hair.
Male Pattern Hair Loss is a chronic condition that will progress over time if no action is taken. Once true baldness sets in (where the hair follicles die and the skin becomes smooth and shiny) it is unlikely the Prince would be suitable for either treatment or a transplant, so the sooner it is tacked, the better the Royal's chances of regaining his crowning glory.