Going Bald in Your 20s 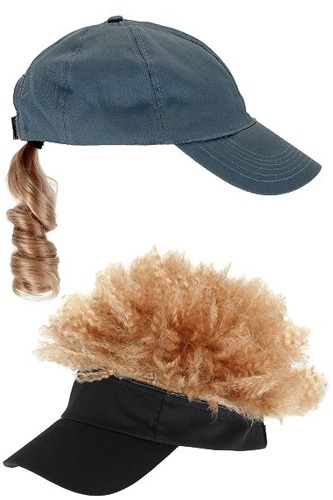 Writing for the Columbia Spectator, Jake Goldwasser recounts several of the challenges he faces as a man going bald in his mid-20s. Among the challenges Jake believes that his hair loss makes it difficult not only to wear a “trendy coiffure”, but also to meet women (although our Bald Hollywood Heart-Throbs may disagree with that finding!)

Mr. Goldwasser also relates stories about some of the teasing that has come about because of his receding hairline. At university his friends would regularly call him “cueball” and give him “hairy” hats to wear. He also claims to have been woken up one morning after his flatmates placed a live possum on his head. Although this behaviour may have been intended in the spirit of friendly humour, Jake was not particularly amused.

Why do young men go bald?

Mr. Goldwasser’s experiences illustrate the way in which hair loss at a young age can present challenges some of them unwelcome. This is likely because baldness is a process more commonly associated with older men. What Jake may not realise, however, is that between one-fifth and one-quarter of men the same age as him will also be experiencing some form of significant hair loss. In this respect, Jake (and any other man who may be experiencing balding in his mid-20s) is not as unusual as he may feel.

What causes baldness in men?

is a genetic condition. Its formal name is Androgenic Alopecia and it is caused by the effect of the male hormones, called androgens, on genetically predisposed hair follicles. Within these follicles, the male hormone ‘testosterone’ is converted into the androgen ‘Dihydrotestosterone’, or ‘DHT’, by an enzyme called 5-alpha reductase. It is the effect of this DHT that inhibits the growth of new hair cells, which in turn leads to male hair loss and in many cases, eventual baldness.

What can be done about baldness?

The good news for men like Jake is that, with the assistance of a trained hair loss professional, it is often possible to embark on a cost-effective and non-invasive treatment programme to stablise hair loss and regrow hair.

These hair loss treatments work by blocking the DHT hormone so it cannot reach the susceptible hair follicles, and also by stimulating and increasing blood circulation, which is essential to feed and nurture the hair follicles so they can regrow hair. When prescribed at the correct strength by a hair loss expert, and continuously monitored for best results, there is every possibility that young men like Jake can regrow their hair.