Hair is so deeply connected to a person’s sense of identity that losing some or all of it to a hair loss condition can be devastating. For women it can be especially distressing something veteran TV presenter Gloria Hunniford recently spoke out about on ITV’s daytime chat show, Loose Women.

“I think you’re defined by your hair,” she told the rest of the Loose Women panel in a segment about hair loss which had been inspired by a Loose Women internet poll which found that more than 90 per cent of women were worried about losing their locks.

Mrs Hunniford, whose bouffant blonde locks are part of her signature look, then explained how renowned photographer Lord Lichfield had even gone so far as to say that more than clothes or make-up, hair is “the definitive thing”. 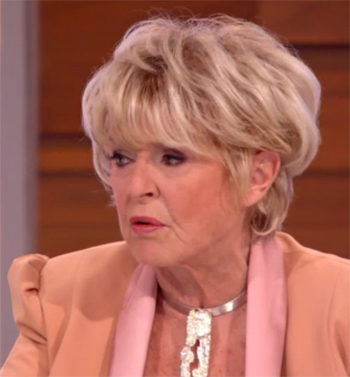 The Loose Women team was trying to break the stigma that is often attached to women's hair loss. With up to eight million women affected by some form of hair loss in the UK alone, the team said it was time to “break the taboo”, and Mrs Hunniford got the ball rolling with a frank explanation of her own experience with hair loss.

“I’ve always loved my hair,” she said, “but last year I had a real blip. Because I’m allergic to some antibiotics and I was particularly allergic to this one, I had to take a product.” The medication she took, she says, had the hormone cortisone in it, and it caused some of her hair to fall out.

Cortisone is used in countless medications - including as a treatment for alopecia areata - and its side-effects are regularly commented on. These can range from nosebleeds and muscle weakness to mood swings and acne. While hair loss does not feature heavily on the list of known side-effects of cortisone treatment on most medical websites, there are numerous anecdotal tales of this being the case.  The steroid is certainly powerful enough to induce the hair loss condition known as Telogen Effluvium. This is more prevalent in women and is almost certainly what affected 'Rip Off Britain' host, Gloria Hunniford.

Telogen Effluvium is brought on by an event which shocks or traumatises the body. Such events include childbirth and severe stress, but the condition is just as commonly seen when the body reacts badly to prescription medication being taken for an illness or ailment. In these cases, the drugs cause the body to go into “panic” mode and, in turn, certain hairs prematurely enter the telogen (resting) phase of the hair growth cycle. It causes hair fall from all over the scalp resulting in overall thinning and a general lack of density. 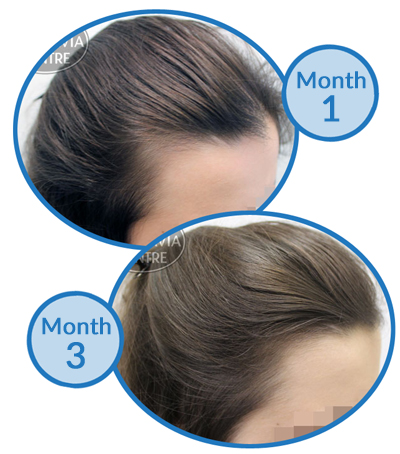 Mrs Hunniford, 76, went on to talk about how her shedding coincided with her son getting married, and the heartbreak her thinning hair caused in the run-up to such an important day. “I felt awful about it,” she said. “I was embarrassed, and if I hadn’t had a hat on the day of my son’s wedding, I would have been really more upset than I was.”

She continued: “I think if you worry about your hair or if you’ve been interested in your hair, as I’ve been because of television and stuff, I really felt a lesser person for a while and it just really bugged me.”

Mrs Hunniford says her hair did eventually grow back, as is commonly the case with Telogen Effluvium as it is a temporary condition lasting no more than six months. Many women choose to give themselves the best possible chances of regrowth by seeking out expert help from a specialist hair loss clinic. At Belgravia, our approach of customising a bespoke Telogen Effluvium treatment course featuring recommended medication combined with hair growth boosters, tailored to each client's individual needs has seen many successes.

As Telogen Effluvium can also spark off genetic hair loss in those with an inherited predisposition towards female pattern hair loss, a dedicated specialist will also check for signs of this type of shedding during a consultation. This is because Telogen Effluvium can take around three months following its inception to become noticeable, by which time it may have accelerated genetic thinning so that both conditions are causing hair loss simultaneously. Where this is the case, a suitable treatment plan can be customised to address both issues at once.

How Can I Treat Thinning Hair at Age 60?'

How Can I Treat Thinning Hair at Age 60?'

Hair Loss in Women - Common Causes and What to Do

Hair Loss in Women - Common Causes and What to Do