A young American woman has described the hair loss that was caused by the autoimmune disorder Alopecia Areata as “the best thing that’s ever happened to me.”

Nell Sanders, from Massachusetts, was filmed for a video on Allure's website  in which she talks about her condition and explains that it began when she was just 18 months old. It was first seen as bald spots on her head, and hair would regrow before falling out again until eventually she was left with a single patch of hair. She vividly recalls the day she shaved it off with her father, thinking this would be the start of a worrysome new era.

While Nell is more than comfortable with her bald head today, much of her childhood was overshadowed by the difficulties that having no hair entailed. At primary school she would try and cover her head with hats, only for other children to yank them off; later she started wearing wigs, which made her stop swimming and also put her off rollercoasters which she loves because she feared her wig may fly off.

There were multiple hard times such as the day she was at summer camp when the heat made her wig slide off. Sleepovers were a nightmare, too, as Nell would sleep in the wig so that friends would never see her bald head. “It was a huge moment in my friendships when I took my wig off,” she says.

The net effect of hiding behind a wig and planning her life so as not to reveal what was underneath was that it became difficult to become close to people. It made dating even more problematic because she was hiding a lot of her identity. “I didn’t really like myself, and that was hard,” she says. Continues below...

Alopecia Areata treatment can be effective when the hair loss is patchy and confined to the scalp indeed Belgravia has seen many, many success stories from treating the condition when it presents like this. At Belgravia, once diagnosed, a tailored treatment course based around recommended formulations of high strength minoxidil from the range available from our in-clinic pharmacies can be prescribed. The hope for people with extreme Alopecia Areata in the forms which also affect facial hair and body hair, Alopecia Totalis and Alopecia Universalis, is that new treatments being developed in the US and further afield may one day help hair to grow back in these cases too. Nell, however, would not be interested. If her hair grew back, she says, she would cry and they shave it off again. 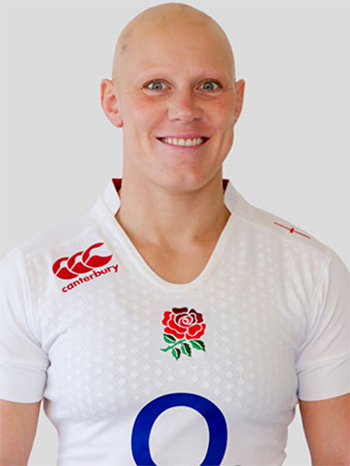 Bald look can be difficult to pull off

The turning point for Nell came between her sophomore and junior years at high school when she went to a conference for people with Alopecia Areata. It was a real eye-opener, she says, as she had grown up feeling she was the only person with the condition. “I grew up feeling like an alien,” she says.

“I went into this hotel and there were no people with hair people who had hair were the outsiders. There was just a sea of bald heads,” she says. On the first day there she met a bunch of young people with Alopecia Areata and they all made a pact not to wear their wigs the next day. They went bowling and Nell says she suddenly felt completely free. “Once I got that taste of freedom I was like, ‘That’s it, I’m done’,” she says.

On her first day back at school she seized the chance for everyone to see her without her wig and she was petrified. “But people were chill,” she says. “In fact not many people even looked at me. I became like an instant badass and once I got my confidence, people would part, like that, and my confidence shifted. And my entire perception on life changed because I realised I just overcame the hardest thing I ever dealt with.”

It’s a powerful video and likely to be of comfort to teenage girls in particular, although it’s equally fair to point out that not everyone is able to easily find a way to wear the bald-headed look with pride. In fact, the emotional agony of losing your hair when you are a woman is well documented. England rugby player Heather Fisher (pictured), who has Alopecia Areata, recently revealed that she is regularly mistaken for a man. “It never gets any easier to take,” she said.

Though little is still known about the precise mechanism of autoimmune hair loss, cases of Alopecia Areata are thought to be kick-started by an event of some kind. Known triggers include shock and sudden extreme stress, infections and allergies.