A UK-based manufacturer of hair straighteners has teamed up with British charity Little Princess Trust who offer free real-hair wigs to children whose hair loss has been caused by illness or cancer.

Ghd, makers of some of the country’s best-regarded straighteners, are working with the Trust to support a new campaign based around the hashtag #choptoyourchin, in which people are being encouraged to donate at least seven inches of their hair so that it can be fashioned into a real-hair wig that will be tailored to a child recipient.

Typically, these are people whose hair loss has been caused by either cancer drugs or by Alopecia Areata, the autoimmune disorder that usually leads to sudden, patchy hair loss. While these coin-sized patches are sometimes as pronounced as the condition gets, in other instances people with the disease see their loss increase and total baldness can ensue. A wig can serve as something of a vital ‘security blanket’ to self-conscious children during these difficult times. 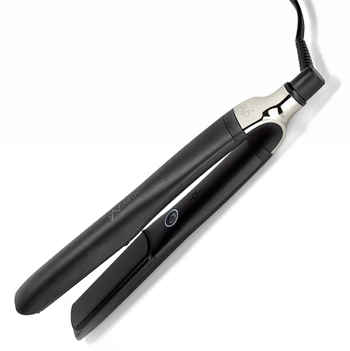 In many cases, the Trust’s bespoke wigs may be described as little short of life-changing, as off-the-peg wigs for children are extremely hard to find, meaning that young people who have lost their hair would have to either “grin and bear it” or resort to headscarves to conceal their condition. The Little Princess Trust’s wigs mean that a child can at least avoid visibly advertising their illness.

Unlike adults, for whom Alopecia Areata treatment can be effective when it causes bald patches to the scalp only, children have relatively few options if they have the condition. In cases of hair lost during cancer treatment, meanwhile, this does normally grow back some months after chemotherapy, though loss can sadly be permanent when radiation therapy is involved.

Ghd have previously demonstrated something of their social conscience by speaking out about the potential dangers of heat-styling products. Their Chief Technology Officer told Mashable that, “People who use their hair stylers above 210 degrees are melting their hair. The cortex is completely gone. If you’ve got a dial on your styler, do not turn it up to the highest heat.”

The company’s own straighteners, pointed out the article, were designed to be as kind to the hair as possible not easy when heat styling is one of the easiest ways to damage hair. It can severely dry hair out, causing hair breakage. This is where the hair snaps along the shaft, resulting in thin, damaged hair that often looks frizzy. Singer and Spider-Man actor Zendaya is just one of many people to have cautioned how dangerous over-styling can be. She recently explained that heat styling “destroyed my hair.”

To avoid similar woes, experts recommend taking regular heat-styling breaks, keeping any heated tools such as straighteners, curling wands or tongs, to a medium setting and not using hairdryers close to your hair. Using a heat protective spray is also advised before stylers are used.

The advice is especially pertinent for anyone hoping to donate their hair to the Little Princess Trust, as locks need to be in good condition if they are to be used to make a wig. 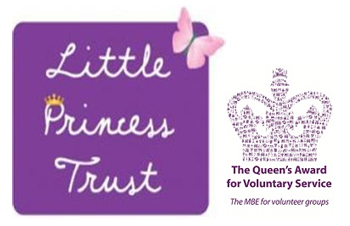 Ghd’s support for the Little Princess Trust covers a campaign that will run until the end of October, and already one Vogue writer has been inspired to “chop to her chin.”

Reporting on the Vogue.com website, writer Lottie Winter explains how she had long fantasised about cutting her long hair down to a much shorter style, but never quite had the guts to do it. “But last week,” she writes, “a philanthropic incentive from Ghd who have teamed up with Little Princess Trust, inspired me to spontaneously chop it off.”

And the results look so good that they’re sure to encourage an army of fellow donors. Hopefully they will flood to participating salons offering free cuts across the country on 21st September for a national Ghd and Little Princess Trust 'Chop To Your Chin' Day.

The Little Princess Trust is a brilliantly pro-active charity which now caters to boys as well as girls, through its Hero by LPT division, and Belgravia is proud to be a supporter.