Actor and TV presenter Gail Porter has been one of the UK's most open and highly visible supporters of hair loss since losing her hair to autoimmune disease in 2005.

The bald Scot has consistently used her platform to promote awareness of Alopecia Areata, including the emotional toll it can take.

Now the Daily Mail has revealed that Porter, 37, is seeking counselling in the hopes that therapy may help her to come to terms with her condition. 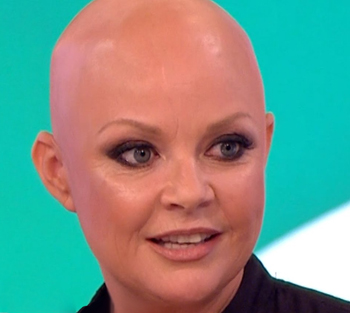 Gail after having her eyebrows microbladed on in 2016


Autoimmune alopecia in all its forms can be extremely distressing, but especially in that which Gail Porter has now - Alopecia Universalis which is the most severe and causes total baldness from head to toe. She has previously experienced the scalp-only form of Alopecia Areata, as well as the head-only phenotype, Alopecia Totalis.

It comes on suddenly and, frustratingly, the precise cause of the condition is unknown though a number of triggers, including shock or sudden trauma and allergies, have been identified. What's more, whilst the scalp-only form often tends to rectify itself naturally within 12 months, this cannot be guaranteed and is increasingly less likely with the more extreme forms of Alopecia.

Porter has previously tried many methods in the hopes of overcoming her autoimmune disorder, including acupuncture and restrictive diet plans. She has, however, steadfastly refused to wear a wig in her every day life.

Now, she has turned to specialist cognitive behavioural therapy (CBT) in order to deal with her hair loss ahead of a forthcoming TV appearance. This is likely to be an emotional event as it is the first time Porter will be wear a wig in front of such a large audience.

CBT is a form of psychotherapy which involves identifying triggers and patterns of behaviour and learning how to spot these so they can be successfully managed. It is a type of learned coping mechanism often suggested to people with the hair-pulling disorder Trichotillomania to help them become pull-free. 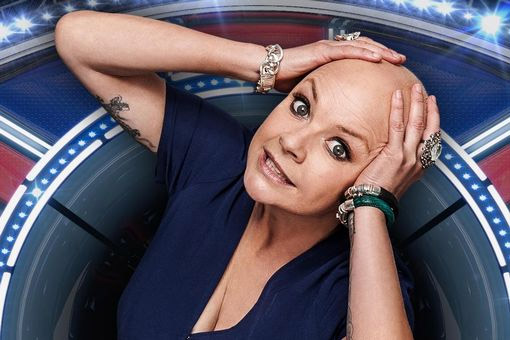 
Gail Porter has been incredibly open about dealing with a number of mental health issues, from post-natal depression and bi-polar disorder to suicidal thoughts. She has often stated her belief that going bald played a part in some of the negative aspects of her life, including loneliness and her bankruptcy due to TV work drying up after she lost her hair.

She is certainly not alone in this; Alopecia Areata has been linked to psychiatric disorders and a 2015 study noted 66 to 74 per cent of people with Alopecia Areata reported psychiatric disorders such as anxiety and depression, but further research is still needed as it is still considered something of a 'chicken or the egg' scenario. Other celebrities with Alopecia Areata, including England rugby sevens player Heather Fisher and American actor Jackie Nguyen have both admitted to struggling with the mental side of hairloss.

Through CBT, hopefully the Wright Stuff panellist will find some peace by getting to and overcoming the root of her feelings towards losing her hair, and start to rebuild her self-confidence.


Porter has spoken of never coming to terms with seeing herself without hair, and feeling "ugly" due to her bald head and lack of eyebrows and eyelashes. Whilst the cosmetic techniques used in eyebrow microblading, a type of medical tattooing using ultra-fine needles and special dyes to mimic the appearance of individual brow hairs - something Gail Porter tried in 2016 - are becoming increasingly advanced, it may not be long before methods of actually regrowing hair on the scalp is a realistic possibility.

A suite of drugs known as JAK inhibitors are now in the latter stages of clinical trial development, and - whereas currently Alopecia Areata treatment is only possible for the scalp-only form - promises to treat Alopecia Totalis and Universalis as well. As the various drugs, thought to include topical and oral options, as well as PRP injectables, are still in the study stages there is no confirmed release date. However, it is estimated that the first treatments for all forms of Alopecia Areata - including the form Gail Porter has - should be made available via prescription by 2021.