At 6ft 8 inches tall former Worcester rugby player Craig Gillies is not someone you’d easily forget and yet he has recently revealed that when he lost his hair to Alopecia Areata old friends he’d not seen for a few years suddenly didn’t recognise him.

A change in overall appearance is one of the most crushing things about Alopecia Areata, an autoimmune disorder which can leave people with anything from small bald batches to all-over hair loss.

Craig, who notched up an impressive 288 appearances for the Worcester Warriors over 11 years, says that “this part of the condition is what can be so harmful, the psychological side of how we perceive ourselves.” 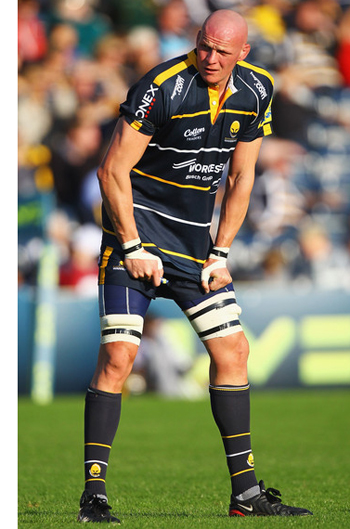 Craig opened up about his baldness in an interview with AAR-UK (Autoimmune Alopecia Research UK), a charity for which he is an ambassador. He remembers only too well how his Alopecia Areata first struck as a bald patch on his moustache.

As it spread over his body and eventually his scalp, an indication of the more severe Alopecia Universalis which causes complete hair loss from the head and body - he and his very supportive team mates settled on the idea of shaving their hair off at a drunken New Year’s Eve party. Craig says that having them around to offer encouragement was a big help.

Like many people coping with Alopecia Areata, Craig felt that his options were limited. Some opt for wigs not really feasible on a rugby pitch while others decide to “weather the storm” in the hope that hair will grow back on its own, as it often does, within a year in around 60 per cent of cases.

Recently, however, there have been a number of improvements in the treatments for Alopecia Areata available to people who lose their hair to the condition. These can be especially effective when the condition is not too severe and diagnosed early. Topical, daily use of high strength minoxidil has been seen to produce significant regrowth in Belgravia clients.

For Craig, life as a newly-shaven rugby giant was something of a mixed blessing. On the one hand, he says, it gave him a “certain edge” on the playing field and helped give him something of a trademarked-look. On the other, he missed his hair. “I can never forget what I used to look like and ironically still see myself as that person,” he says.

One thing Craig has definitely learned, he says, is that it’s wise to accept that there will always be things in life that you just can’t control. What you do have a say in, he asserts, is how much you let them affect you.

In addition to being an ambassador for AAR-UK, Craig now runs a business in which he works as a coach, mentor and health advocate. He is supporting the charity because, he says, he agrees that their goals of creating a country-wide 'biobank' of blood and tissue samples from people with Alopecia Areata will help with future research projects.

People with Alopecia Areata More Likely to Have a Stroke

People with Alopecia Areata More Likely to Have a Stroke