Footballer Neymar ‘Spends More than £1,400 A Month On His Hair’

Most men like to take care of themselves and their hair is a key part of how they judge their looks. But Brazilian footballer Neymar, who plays for Champions League finalists Barcelona, reportedly takes his love of his locks to the extreme.

In an interview with the soccer ace’s barber on Spanish website Sport.es, the man in charge of the player’s hair is reported as saying: “He sends a driver to pick me up and take me home. It is difficult to calculate the price (of the business relationship), because the service is not available to all, but I do not do it for less than 2,000 euros a month.” 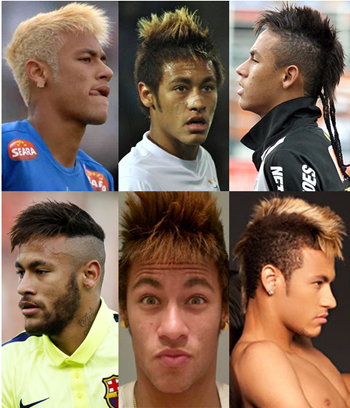 Barcelona Footballer Neymar is Known for his Flamboyant Hairstyles

Whilst the Brazil captain's hair is currently looking pitch perfect, he is known for his experimental looks which have included bleaching his naturally jet black hair to a pale blond, wearing tight braids and various part-shaved mohawk styles.

The Sport article further quotes the barber as saying that when Neymar first arrived at Barcelona his hair was in poor condition. “He had made too many changes, both hairstyles and colours, that left his hair in poor condition”.

The hairdresser’s first job, he claims, was to cut the player’s hair, and get it back in good shape. “Today,” he says, “it is silky.”

Neymar is lucky to be able to have a professional on hand as some of the extreme styles he has tried out, and the frequency at which he changes them, can lead to hair breakage.

Extreme or is he worth it?

If Neymar’s hair care routine sounds extreme, a few calculations quickly reveal that compared to his income, it is but a trifling amount. Two thousand euros per month ads up to 24,000 euros per year while the forward's salary is said to be just under 30 million euros. 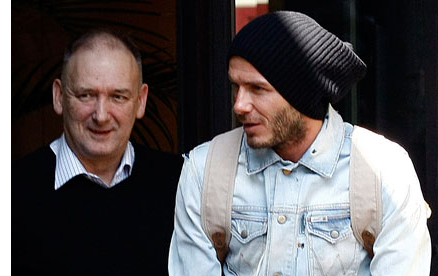 Footballers are no strangers to hitting the headlines with stories about the love of their hair Ronaldo famously scored column inches three years ago when he sported different hair styles for each half of his Euro 2012 matches, whilst Wayne Rooney's hair transplant surgeries have made front page news.

David Beckham, meanwhile, has been credited with popularising a multitude of different hair styles though it seemed in 2012 that the one he feared most being remembered for may one day be the bald look.

Beckham’s father, Ted, has shown signs of hair loss, and the footballer wonders if male pattern baldness might be waiting in the wings for him, too, given the condition is hereditary. New research says it is most likely passed on by the father's side of the family too so the dad of four is right to be vigilant based on his father's thinning.

People diagnosed with male pattern baldness have a number of hair loss treatment options available to them. Experts advise, however, that time is of the essence and that it is important to get a correct diagnosis as soon as possible. This is why it is helpful to understand how to identify the early warning signs of male hair loss so that anyone wishing to prevent their hair from deteriorating and promote regrowth can tackle their thinning head on.

For Neymar, a newfound commitment to looking after his hair is not only likely to ensure that it is kept well conditioned and healthy, but that his barber will be in a very good position to notice any future signs of hairloss and rapidly point him in the direction of his nearest hair loss specialist if and when that happens.