An up-and-coming Brazilian player whose hair loss has been caused by the autoimmune disorder Alopecia Areata has fallen foul of a sporting watchdog by using a banned product to try and fix his shedding.

Twenty-two-year old Marciel Silva da Silva is a midfielder for Sport Club Corinthians Paulista better known as ‘Corinthians’ in the country’s Série A league, and stress has been cited as the cause for his hair loss. In cases of Alopecia Areata, severe stress as well as shock and physical trauma are among a number of “triggers” for the condition that are commonly seen. 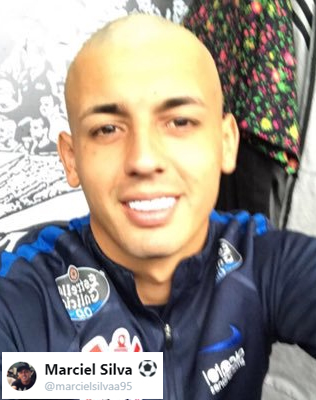 According to Brazil’s GloboEsporte website, the player is just returning to team games following a three-month absence from the pitch. His mistake was to have used a product to treat Alopecia Areata that has been banned by the WADA the World Anti-Doping Agency.

Precisely what type of alopecia areata treatment Silva used is not clear, although it can safely be assumed that it wasn’t the topical hair loss medication minoxidil, as this is not banned by WADA.

Silva chose to lie low during his absence, which saw him going unusually quiet on social media, where he normally has quite an active presence. One of his few tweets during the ban simply stated: “Stop talking about my bald head.”

It seems that the player does normally take his condition in good spirits, however there are several shots he has posted to Twitter where he is showing off a shaven head with a big smile on his face. In one photo, there appears to be evidence of a completely bald patch on the front of his head, a classic example of the kind of shedding seen with Alopecia Areata.

Whether or not the player is now seeking alternative treatment for his condition that isn’t banned remains to be seen, though he will likely be more careful about what he chooses if there is a next time.

The Alopecia Areata treatment provided via Belgravia’s in-clinic specialists and pharmacies is for the scalp-only patchy hair loss version that Silva appears to have. It involves recommended formulations of high strength minoxidil being applied directly to the affected areas to help encourage regrowth through opening the potassium channels and promoting localised blood flow. This drug is usually paired with further appropriate hair growth boosters tailored to the individual’s requirements and medical suitability. 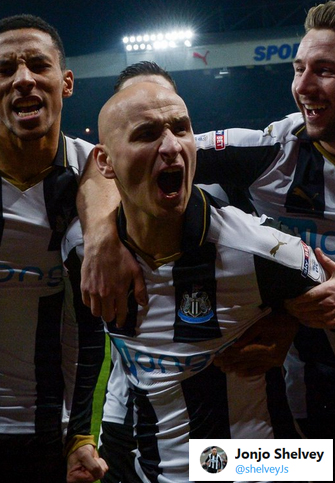 Sportspeople in the public eye

It is never easy being a sportsperson with Alopecia Areata, not least because part and parcel of the job is being in the public eye. Former Leicester City and current Phoenix Rising FC left back, Jordan Stewart appears to have developed Alopecia Universalis during his professional footballing career, though he seems reluctant to speak about losing his hair. Premier League footballer Jonjo Shelvey, pictured. who currently plays for Newcastle United, has had to learn to live with the staring and the comments because he has Alopecia Totalis, one of the more extreme forms of the condition which leads to total hair loss on the head.

“It was quite tough for me with people calling me names and things,” he once said of his childhood. Likewise, England rugby star Heather Fisher has spoken openly of how difficult life became when she suddenly started losing hair to Alopecia Areata in her mid-20s. “I felt really ugly,” she said. “And to a certain extent I still do. You just don’t feel attractive because as a woman you want to go out and do your hair. I don’t have that.”

Gold medal-winning Olympian cyclist Joanna Rowsell Shand MBE chooses to wear a wig when she is not competing. Both Joanna and Heather are ambassadors for the charity Alopecia UK.

It is usually fairly easy to spot when hair loss is being caused by Alopecia Areata because of the unique pattern of the shedding. Unlike other conditions, where hair often thins out gradually, Alopecia Areata comes on quite suddenly and is usually seen as a bald spot or series of distinct rounded bald patches, which can vary in size. The more extreme phenotypes, Totalis and Universalis, cause total baldness of the head, and from head to toe, respectively. There are currently no effective treatments for these types of alopecia, though researchers believe they are currently on track to release the first in 2020/2021.

Football Player ‘Would Not Change’ Her Alopecia Areata Baldness

Football Player ‘Would Not Change’ Her Alopecia Areata Baldness