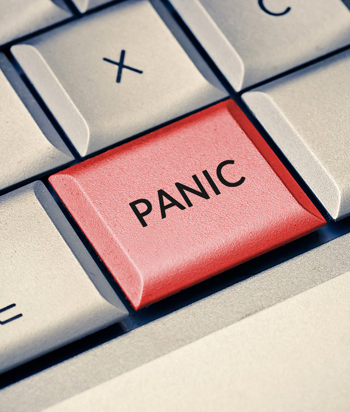 Recent studies have shown that a staggering number of people are concerned about hair loss.

A poll by TV show Loose Women found that 94 per cent of women worry about losing their hair. A similar survey carried out by the Daily Star newspaper found that 91 per cent of men were fearful about going bald.

This latest research is by no means scientific though these are the types of numbers that continually come up when men and women are asked how they feel about hair loss. However, whilst many worry about it, others concerns run far deeper, resulting in psychological phobias.

There are five main phobias relating to hair. These are mostly believed to result from traumatic childhood experiences such as getting a bad haircut or head lice, although a genetic element is also thought to be possible.

Each fear takes its name from a different Greek or Spanish word combined with 'phobia' which is derived from the Greek 'phobos' which translates as a 'deep dread or aversion'.

This fear extends to both the sufferer's own hair as well as other people's hair. Those affected often report nausea when they have to touch their own hair and many choose to shave their heads as a coping mechanism.

This phobia makes people morbidly afraid of losing their hair or, especially, seeing stray hairs - in the shower or on clothing, for example. It can also result in the delusional fear of there being something in their roots which is preventing hair growth.

Trichophobia takes its name from the Ancient Greek word for hair - 'tricho'.

Like Trichophobia but relates to a fear of body - rather than scalp - hair, particularly an excess of body hair.

The name is closely related to 'hypertrichosis' which is also known as Werewolf Syndrome. This is a medical condition whereby those affected have an unusually large amount of body hair, generally focused on the torso and limbs.

This fear of baldness including going bald and/or bald people can be extremely troubling in every day life. Sufferers have been known to practice avoidance techniques including stockpiling shampoos, hair loss treatments and anything they believe will prevent baldness. Additionally those affected can withdraw from society to varying degrees in order to minimize their chances of coming into contact with bald people.

The word peladophobia comes from the Spanish for bald: 'pelado'.

5 Tonsurephobia - Fear of getting a haircut

Having a phobia of getting a haircut is so much more than worrying about ending up with an unflattering hairstyle. The deep-seated anxiety sufferers feel can cause heart palpitations, sweating and lead to them avoiding having their hair cut altogether.

This condition takes its name from the Greek word 'Tonsure' meaning 'to cut'.

Anyone suffering from suspected phobias should consult their GP for support. Psychotherapy and CBT (Cognitive Behavioural Therapy) have been known to be effective in helping people to deal with or overcome phobias. However, when the panic and anxiety caused by such disorders is so acute that it causes societal dysfunction, medication may also be required.