Researchers in Switzerland have patented a new synthetic fatty acid that could reduce inflammation, something frequently associated with the autoimmune disorder Alopecia Areata, which leads to sudden, patchy hair loss.

Inflammation happens when the body is trying to protect itself, and is synonymous with Alopecia Areata because the cells of people with the condition have started attacking healthy ones in the scalp in the mistaken belief that they are foreign. Could it be that by reducing inflammation, people with Alopecia Areata could see relief from the condition?

Alopecia can be treated 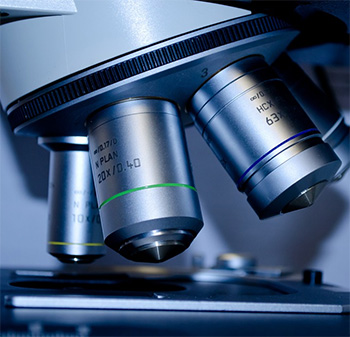 At present, Alopecia Areata treatment - when based around topical applications of high strength minoxidil, the approach we take here at Belgravia - can regrow hair effectively. This is, however, only true of the moderate version of the condition which causes patchy hair loss. It is not suitable in more extreme cases of Alopecia Totalis and Alopecia Universalis where the head is left completely bald.

For that reason, a number of medical teams around the world are currently working on an assortment of potential new treatments that are based around entirely different drugs to those currently being used to treat it.

The most promising discoveries have been made by doctors using drugs known as JAK inhibitors, though these are not as yet approved for widespread use on hair loss, not least because some of them come with the risk of some rather startling side-effects.

Manfred Kopf, a professor at the renowned science university ETH Zurich, may, however, have found an alternative option.

According to the ETH Zurich website, professor Kopf and his team have been studying how fatty acids influence the inflammatory process in the body. Tests led them to believe that, contrary to the general consensus, not all oxidized fatty acids promote inflammation.

In fact, he and his team set out to establish a new hypothesis: that when fatty acids are oxidized, different oxidization products form and they actually inhibit some inflammation.

When a fellow ETH chemistry professor at Zurich tried to create lipids (a type of fatty acid) in the lab, he was able to produce two (known as "epoxyisoprostanes"): EI and EC. They were found to be anti-inflammatory. Going a step further, the professor was also able to change EC chemically; one variant was named cyclo-EC and the ETH Zurich team say that it seems to be a particularly potent anti-inflammatory.

In tests, researchers used cyclo-EC to reduce the effects of bacterial pneumonia on mice. Having now patented it, Professor Kopf and a fellow professor from the University of Graz point to its potential for use against “various inflammatory diseases, even autoimmune diseases.”

They hope that a larger company now picks up on their work and commits to testing cyclo-EC's possible use in the pharmaceutical industry.